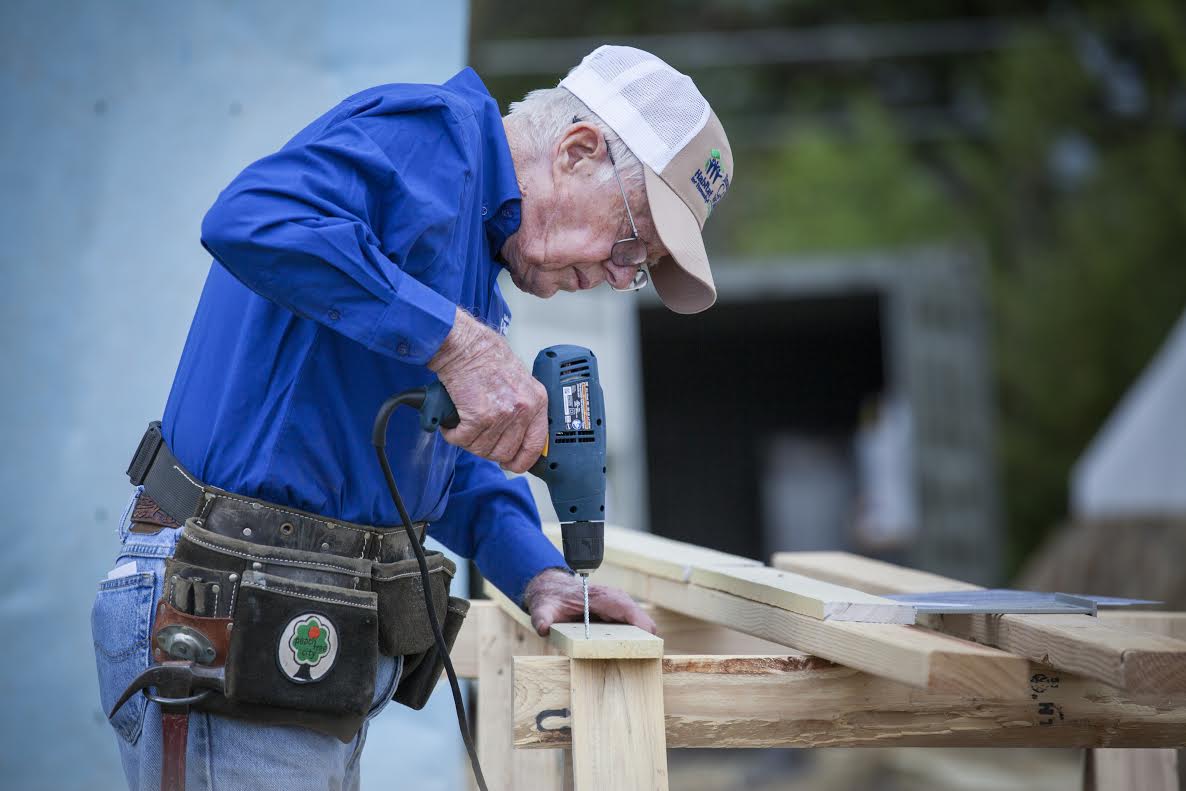 Former U.S. president Jimmy Carter received medical attention for dehydration while in Winnipeg on Thursday, where he is helping build a Habitat for Humanity home.

A Habitat volunteer told CBC News he saw Carter, 92, collapse after he’d been working in the sun for about an hour. Carter’s bodyguards rushed over and carried him to a nearby vehicle.

Shortly afterwards, firefighters and paramedics were seen scrambling, and an ambulance arrived. The media was pushed back from the view of Carter before the ambulance left the site, followed immediately by his motorcade.

A row of black motorcade vehicle is now parked outside the emergency doors at St. Boniface Hospital.

A spokesperson for Habitat for Humanity told media that Carter was taken there as a precaution, for observation. The former president has told the organizers he is feeling fine.

“He’s asked us to continue with our day,” said Jonathan Reckford, CEO for Habitat for Humanity International.

“He encourages everyone to stay hydrated and keep building.”

Carter  — the U.S. president from 1977 to 1981 — and his wife, Rosalynn, are longtime supporters of Habitat for Humanity and are helping the not-for-profit organization with a build in the city.

They were scheduled to be part of the build for Thursday and Friday. There has been no word if those plans have changed.

Reckford said any further information on Carter’s condition will have to come from the Carter Center, a not-for-profit organization founded by the ex-president.

The last time Carter was in Manitoba was 1993, when he lent a hand at the construction sites for 18 other Winnipeg homes through the Habitat organization.

The couple already made a stop this month in Alberta to help with builds in Edmonton.

The projects are part of a Habitat for Humanity “blitz” aiming to build 150 new homes — including 25 in Manitoba — between July 9-14 to commemorate Canada 150.

Carter started Thursday by leading a morning prayer service from 8-8:30 a.m. Construction is set to wrap up at 4:30 p.m. for the day.