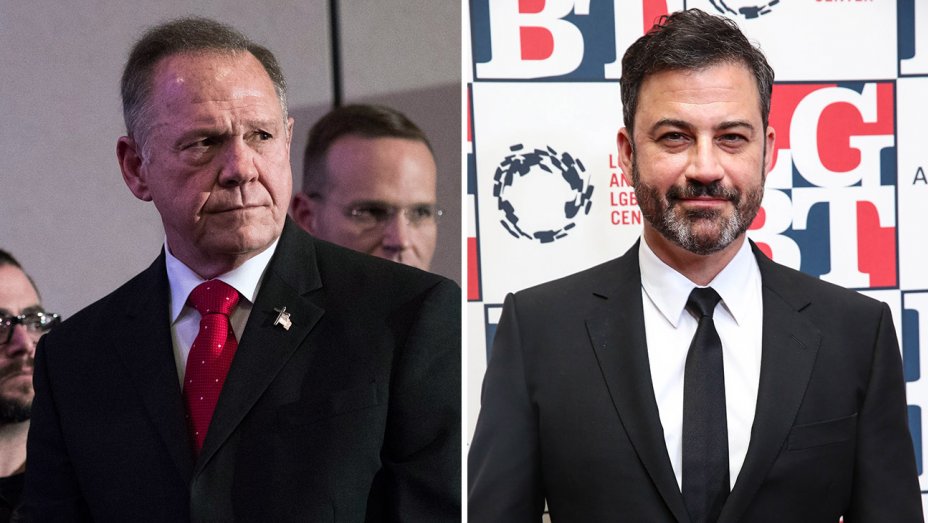 Jimmy Kimmel and Roy Moore got into it over Twitter on Thursday and it left Kimmel wanting to fight the embattled Alabama Senate candidate, saying he would distract the former judge by wearing “a Girl Scout uniform.”

Their little Twitter war over Christian values ended with Moore inviting Kimmel down to Alabama to settle things “man to man.” Later that night on “Jimmy Kimmel Live” the late night show host carried on the dispute in his opening monologue and offered to fight the Senate candidate, who’s facing multiple allegations of sexual misconduct with minors.

“Maybe when you say, ‘Come down to Alabama and we’ll do it man to man,’ maybe that means you’re challenging me to a fight, which is kind of what it sounds like. And if you are, I accept, by the way. I accept that invitation. There is no one I would love to fight more than you. I will put my Christian values aside, just for you and for that fight,” Kimmel said.

.@jimmykimmel If you want to mock our Christian values, come down here to Alabama and do it man to man. #ALSen https://t.co/E7oQB9D83P

Sounds great Roy – let me know when you get some Christian values and I’ll be there!

“So if you are challenging me to a fight here’s what we’ll do: let’s find a place to do it, I’ll wear a girl scout uniform so you can have something to get excited about, and the winner, whoever wins the fight, will give all the money we charge for tickets to charity. My charity will be for the women who came forward to say you molested them,” Kimmel jabbed.

“All right tough guy with your little . . . pistol,” Kimmel added. “Maybe if you went man to man instead of man to little girl you wouldn’t be in this situation.”

The late night funnyman has become increasingly political on his show since Donald Trump entered the political scene. He also loves to act tough out there talking trash to politicians from his fancy Hollywood studio.

The chances of Kimmel and Moore actually going “man to man” are slim to none, but if they did, that fight might get better ratings than the bout between Mayweather and McGregor over the summer.