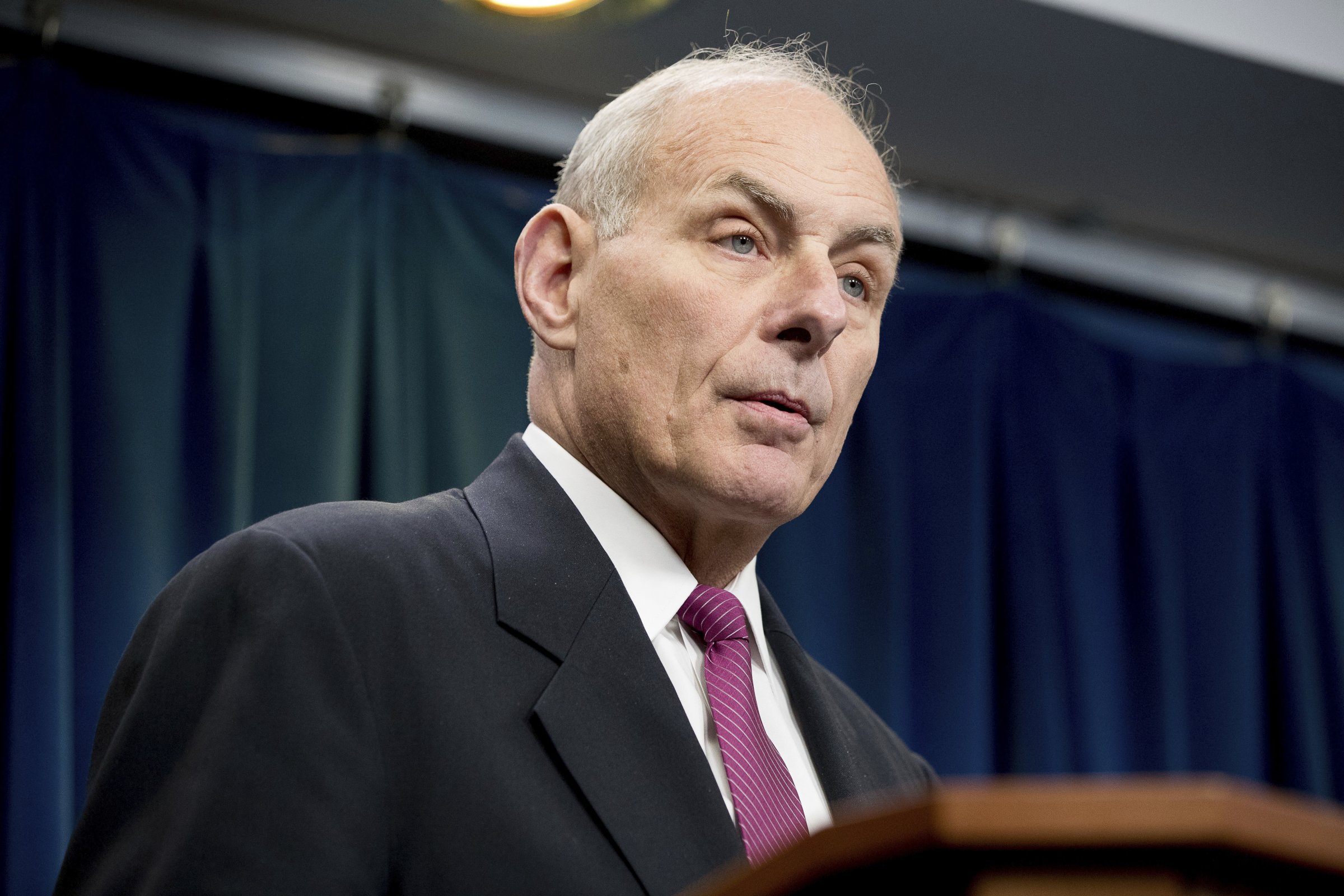 GOP, Dem lawmakers say he can offer tough talk to Trump if needed

John Kelly has received bipartisan praise from both Republicans and Democrats since President Donald Trump announced Friday that he would replace Reince Priebus as the new White House chief of staff.

Kelly, a no-nonsense, whip-cracking retired Marine general, developed a reputation during his tenure as secretary of homeland security in the Trump administration as someone not afraid to stand up to Trump when he needed to offer some “tough talk,” the Associated Press reported Tuesday.

Raised voices could be heard through the thick door to the Oval Office as John Kelly — then secretary of homeland security — offered some tough talk to President Donald Trump.

Kelly, a whip-cracking retired general who was sworn in as White House chief of staff on Monday, had demanded to speak to the president alone after Trump complained loudly that the U.S. was admitting travelers from countries he viewed as high risk.

Kelly first tried to explain to Trump that the admissions were standard — some people had legitimate reasons to visit the country — but the president insisted that it was making him look bad, according to an administration official familiar with the exchange about a month ago.

Kelly then demanded that other advisers leave the room so he could speak to the president frankly. Trump refused at first, but agreed when Kelly insisted.
It has been reported that Kelly and Defense Secretary James Mattis, another retired four-star general, were frustrated earlier in Trump’s presidency with the rollout of Trump’s immigration and refugee ban. They told other associates that they had nothing do with the botched rollout and were not briefed on the details of the ban, according to the AP.

Mattis and Kelly made an agreement amongst themselves in the early weeks of the Trump presidency that one of them would remain in the United States at all times to keep an eye on the orders coming out of the White House, according to an AP source.

Several members of Congress praised Kelly on Tuesday and are optimistic that he will be do a great job bringing discipline and structure to the White House, the AP reported.

Sen. Lindsey Graham [R., S.C.] expressed confidence that Kelly can help restore order, saying on NBC’s “Today” show that “the Marines have landed at the White House. They have a beachhead.”

And Sen. Dick Durbin [D., Ill.] told CNN that Kelly “is in a position where he can stabilize this White House, that’s good for this country. The president has to be part of that.”

Sen. Bob Corker, [R., Tenn.] said Monday that he discussed Kelly’s appointment with Trump and hopes Kelly “will do everything possible to bring the appropriate discipline and focus that needs to be at the White House there.”

“I hope that Gen. Kelly will absolutely, forcefully clean the place up,” Corker said. “And anybody who’s been a violator, who’s been a part of public backbiting, part of undermining, who’s been part of feathering their own nest at other people’s expense, I hope they’ll all be gone.”