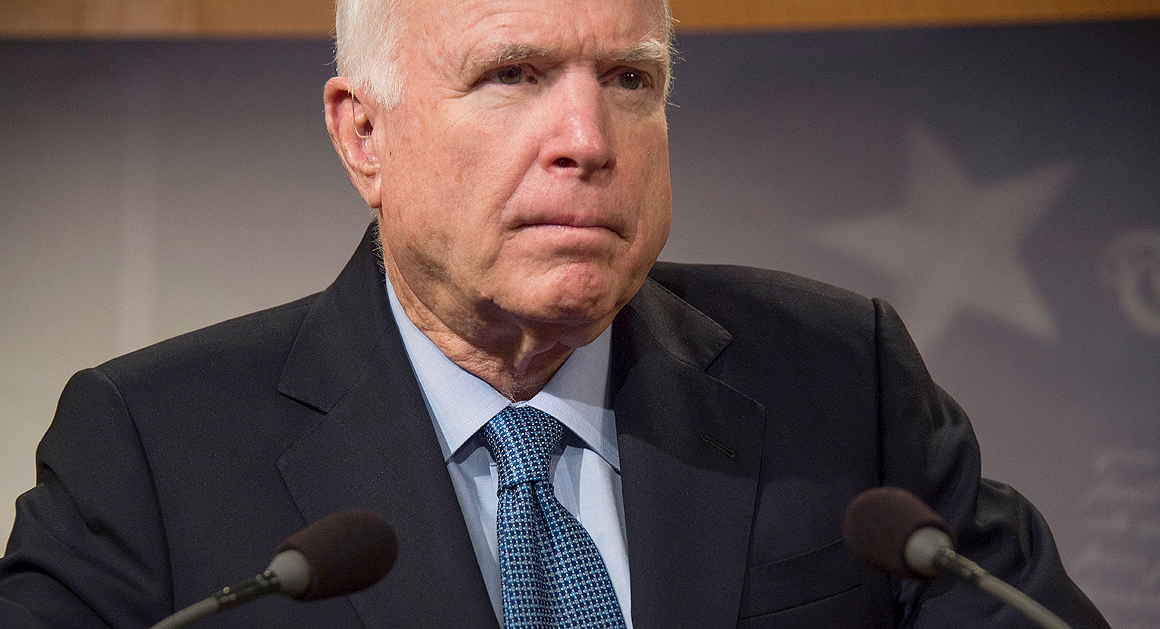 Anti-Trump Sen. John McCain (R-AZ) came out in support of embattled National Security Adviser H.R. McMaster Monday — only to get hit by Trump for his efforts.

McCain, who has furiously opposed both Trump and many of his policies, said in a statement that he has known McMaster for many years “and greatly respect and admire his outstanding service to the nation.”

“The recent attacks upon him from the so-called ‘alt-right’ are disgraceful,” he said.

McMaster has come under significant criticism since he purged a number of conservatives from the National Security Council, purportedly due to their opposition to the Iran and hardline stance on radical Islamic terrorism. The firings launched #FireMcMaster to become a trending topic on Twitter.

He has also reportedly come to the astonishing conclusion that former Obama national security adviser Susan Rice did nothing wrong by unmasking Trump campaign officials during the transition.

Yet, despite McCain’s claims, it is not just the “alt-right” who oppose McMaster. Jerusalem Post columnist Caroline Glick has been one of McMaster’s most fierce critics. Meanwhile, also on Monday, the Zionist Organization of America doubled down on its criticism of McMaster and pointed out that many of those backing McMaster are far-left groups.

President Trump himself has backed McMaster, as well as a number of establishment figures — now including McCain.

In his statement, McCain did not deal with any of the legitimate concerns leveled at McMaster, instead dismissing what he called “smear tactics” from a “fringe movement,”

Since this fringe movement cannot attract the support of decent Americans, it resorts to impugning the character of a good man and outstanding soldier who has served honorably in uniform and sacrificed more for our country than any of his detractors ever have. Such smear tactics should not be tolerated and deserve an emphatic response.

The failed 2008 presidential candidate then deployed a smear of his own, making a comparison between those who oppose McMaster and the white nationalists and other fringe groups involved in violence Saturday in Charlottesville, Virginia, where one person was killed when a car plowed into a group of counter-protestors.

“I hope the President will once again stand up for his national security adviser and denounce these repugnant attacks, which arise from the same purveyors of hatred and ignorance who precipitated the recent violence in Charlottesville,” he said.

However, when asked by reporters at Trump Tower on Tuesday if he had a response to McCain’s call, Trump said he already had defended McMaster, and then took a shot at McCain.

“You mean Senator McCain who voted against us getting good health care?” he asked the reporter.