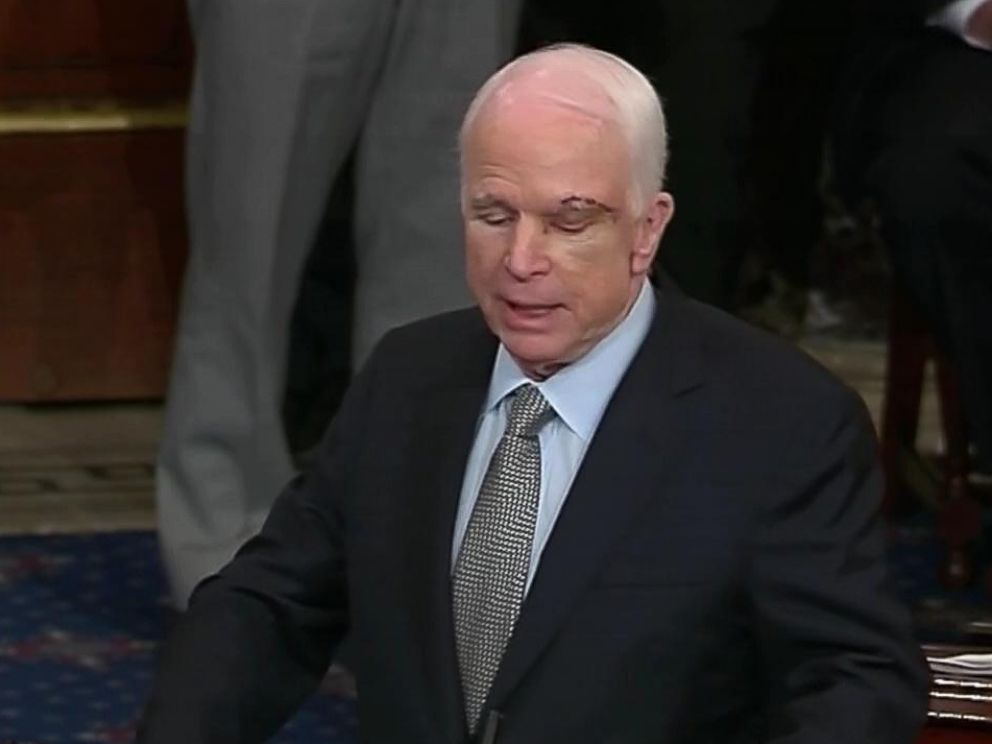 Arizona Sen. John McCain is using Trump’s decision to repeal the Deferred Action for Childhood Arrivals (DACA) as a stepping stone to dust off his old, and unsuccessful, calls for “comprehensive immigration reform.”

“President Trump’s decision to eliminate DACA is the wrong approach to immigration policy at a time when both sides of the aisle need to come together to reform our broken immigration system and secure the border,” McCain said in a statement.

The octogenarian senator was responding to Trump’s decision, announced by Attorney General Jeff Sessions, to repeal the Obama-era executive order that gave amnesty to approximately 800,000 illegal immigrants brought to the U.S. as children.

McCain has been a longtime supporter of so-called “comprehensive immigration reform” — with a broad amnesty for those living in the country illegally being a key part of such efforts in 2006 and 2013. Both efforts failed after significant pushback from the Republican base.

McCain notes that while he opposed Obama’s signing of DACA, “I believe that rescinding DACA at this time is an unacceptable reversal of the promises and opportunities that have been conferred to these individuals.”

Trump’s rollback of DACA gives a six-month window until it expires, giving Congress a chance to act. Because of this, McCain then reheats his old calls for Congress to work together for a bipartisan “comprehensive immigration reform.”

“I will be working with my colleagues on both sides of the aisle to devise and pass comprehensive immigration reform, which will include the DREAM Act,” he said in the statement.

Last month, McCain said he would like to revive the failed immigration efforts of the past and hoped that Democratic Senate Leader Chuck Schumer (D-NY) would support him.

“Immigration reform is one of the issues I’d like to see resolved,” McCain said. “I’ve got to talk to him (Schumer) about when would be the best time. I think there are all kinds of deals to be made out there. I really do.”