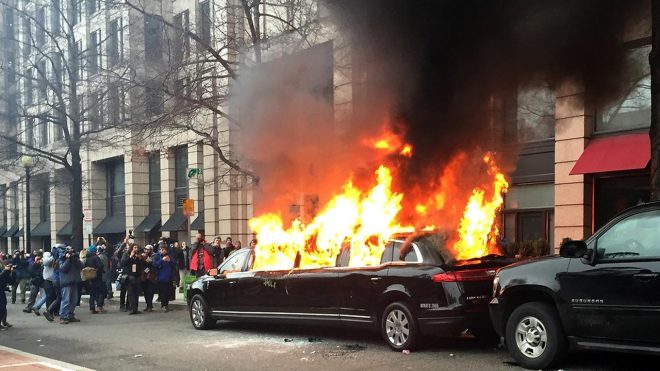 DC Superior Court Judge Lynn Leibovitz has dismissed the felony charges of inciting a riot against the first six protesters standing trial over the riots that took place across the city on Inauguration Day.

There are still 188 people who are facing trial following this first group.

On January 20, 2017, thousands of supporters of President Donald Trump flocked to Washington, DC, hoping to witness his historic inauguration. Instead, many were forced to face off with violent black-clad rioters creating chaos, committing arson and assaulting people in the streets.

During the riot six police officers were injured, businesses were vandalized, multiple people were assaulted and a limousine was spray painted and set on fire.