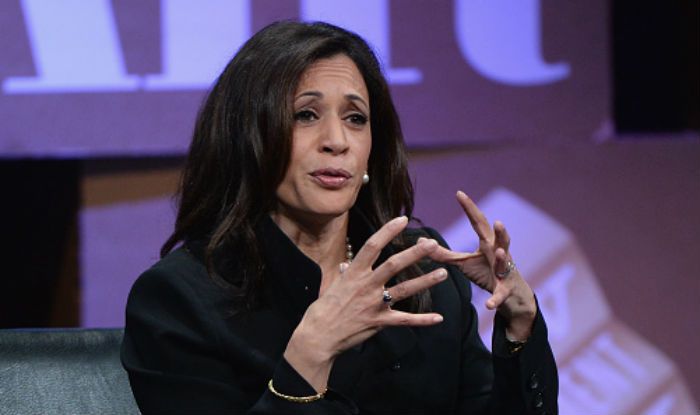 Revolution Messaging LLC, a Washington, D.C.-based progressive online media firm founded by Scott Goodstein, an online director for Obama for America in 2008, was instrumental in helping push Sanders’s message out and raise his profile during his race against Hillary Clinton by creating his digital and branding strategy.

“In the spring of 2015, before the campaign launched, we knew Bernie Sanders was a leader who stood on the right side of history,” the group wrote in their case study. “But Bernie was polling around 3 percent, had no establishment support, little name recognition and was running against a popular and ‘inevitable’ Democratic primary opponent. We had our work cut out for us. With no offline fundraising team, no Super PAC, and no Wall Street money, we would have to raise almost all of the campaign’s money from small-dollar donations.”

Revolution ultimately helped Sanders raise $218 million online and has won numerous awards for their work on behalf of his campaign.

Harris, who is commonly floated as a potential candidate for president in 2020, paid the firm large sums of money for the likes of advertising despite not being up for reelection in her home state of California until 2022.

Harris’s Senate campaign began paying Revolution Messaging in July 2016, Federal Election Commission records show. From July 7 to Election Day, the campaign paid the firm $381,632 for advertising and campaign consulting. From Election Day to the end of the year, an additional $122,000 in payments from Harris’s campaign were made to Revolution.

“Kamala Harris’ U.S. Senate campaign knew it needed to use social media as a way to channel her authentic voice and connect with voters,” Revolution writes of their work on the campaign. “We were honored to partner with her campaign to turn around its anemic social media growth and transform its Facebook and Twitter accounts into a powerful bully pulpit.”

The large disbursements from Harris’ campaign to Revolution have continued this year.

Kamala Harris reported spending nearly $300,000 on the firm’s services during the first quarter, which runs from Jan. 1 to March 31. A majority of this amount ($265,000) has gone towards web advertisements.

Throughout the second quarter, which spans from April 1 to July 31, Harris’s campaign paid another $110,000 to Revolution with nearly $70,000 of this amount going to advertising.

Harris’s campaign has spent a total of $407,530 with Revolution so far this year.

The Hill reported Tuesday that liberal donors have been buzzing about the freshman senator, who attended a fundraising event in the Hamptons with former top donors to Hillary Clinton this past weekend.

“She’s running for president, take it to the bank,” one donor reportedly said. “She’s absolutely going to run.”