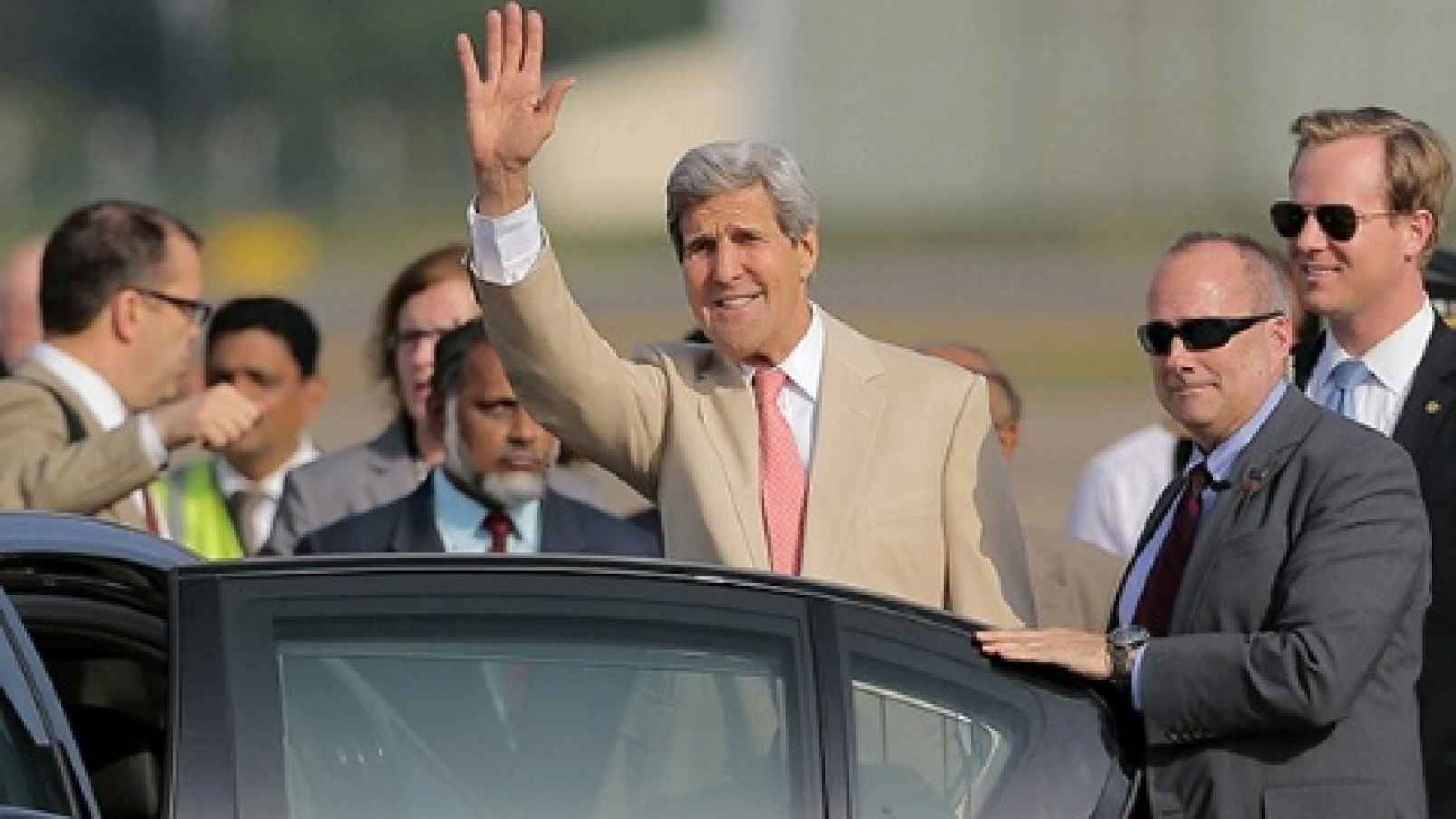 During the conversation, according to the report, Kerry asked Agha to convey a message to Abbas and ask him to “hold on and be strong.” Tell him, he told Agha, “that he should stay strong in his spirit and play for time, that he will not break and will not yield to President [Donald] Trump’s demands.”

According to Kerry, Trump will not remain in office for a long time. It was reported that Kerry said that within a year there was a good chance that Trump would not be in the White House.

He surprised his interlocutor by saying he was seriously considering running for president in 2020. When asked about his advanced age, he said he was not much older than Trump and would not have an age problem.

Then again, Trump hasn’t been known to ride a pink bike around the parking lot while humming the theme from MASH.

But yes, clearly what the Democrats need in this race is…

1. A candidate who already lost a national election by having his patriotism successfully questioned