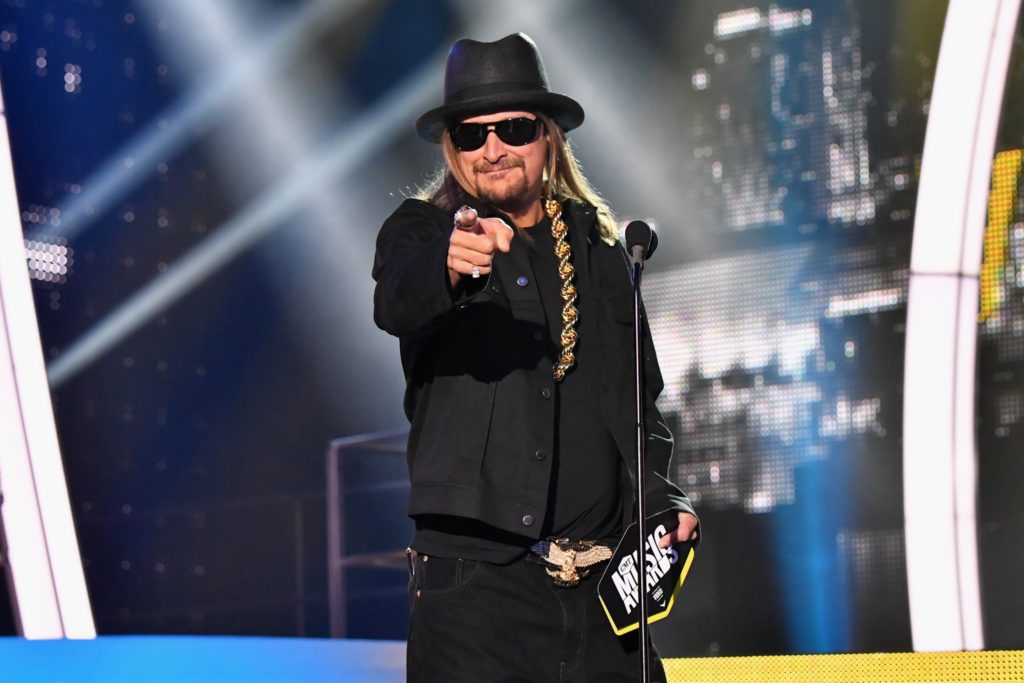 Musician Kid Rock appeared to confirm his run for the U.S. Senate in his home state of Michigan Thursday with a fiery Facebook message in which he blasted the media for “once again” being “wrong” about his potential candidacy and took a shot at incumbent Sen. Debbie Stabenow.

Rock had hinted at a potential run for Senate on Wednesday with the launch of a campaign website, kidrockforsenate.com. But some media outlets speculated that the website was a publicity stunt, as the only links on the site were to an online merchandise store with Rock-branded apparel run by Warner Bros. Records.

“Once again the press is wrong,” Rock wrote in Facebook post Thursday. “First of all, I’ve got 15 days from my announcement to file paperwork with the FEC! Second, I’m not signed to Warner Bros!!! – which simple fact-checking would have revealed.”

I have had a ton of emails and texts asking me if this website is real… https://t.co/RRVgISDFeq The answer is an absolute YES. pic.twitter.com/uYCUg6mjW1

The 46-year-old rocker confirmed his bid to run for Senate and said he would release new music during his campaign, similar to how politicians release books during their own campaigns.

“I have recently worked out a unique deal with BMG, Broken Bow, CAA and Live Nation to release music ON MY TERMS. Like politicians write books during their campaigns, I’m planning on putting out music during mine and IT ALL STARTS TONIGHT AT MIDNIGHT,” Rock said, defiantly adding: “It’s not a hoax, it’s a strategy and marketing 101! No plans for an album or anything else that has been the usual norm in the music business OR politics…..and…..

Rock also addressed his would-be political opponent, longtime Senator Debbie Stabenow (D-MI), saying that while she plays politics, he will be “a voice for tax paying, hardworking AMERICANS.”

“Senator Stabenow and I do share a love of music, although probably not the same kind. I concede she is better at playing politics than I am so I’ll keep doing what I do best, which is being a voice for tax paying, hardworking AMERICANS and letting politicians like her know that We the People are sick and tired of their bullsh*t!” he wrote.

Rock — real name Robert James Ritchie — had been floated as a possible Senate candidate in Michigan during the state’s Republican Party convention in February. He has previously described his political views as “more libertarian,” but he supported Mitt Romney’s presidential campaign in 2012, and Donald Trump’s in 2016.

Stabenow has held her seat in Michigan since 2000, and won re-election in 2012 with 58 percent of the vote.