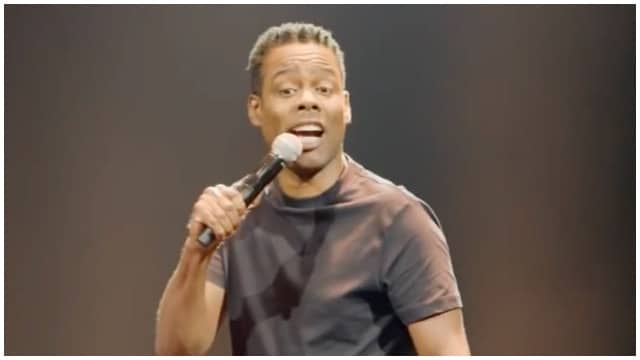 Like all other celebrity lefties, comedian Chris Rock gets a pass when it comes to saying something racist. The far left mainstream media won’t care.

During his recent standup special, Rock jokes that cops should shoot a white kid to even the score of blacks being shot.

Comedian Chris Rock’s new special “Tamborine” debuted on Netflix on Wednesday, and it was intensely political right out of the gate.

Rock’s first bit was about law enforcement, which he portrayed as racists who shoot innocent black children in the street for sport.

“Here’s my question,” started Rock. “You would think that cops would occasionally shoot a white kid just to make it look good. […]