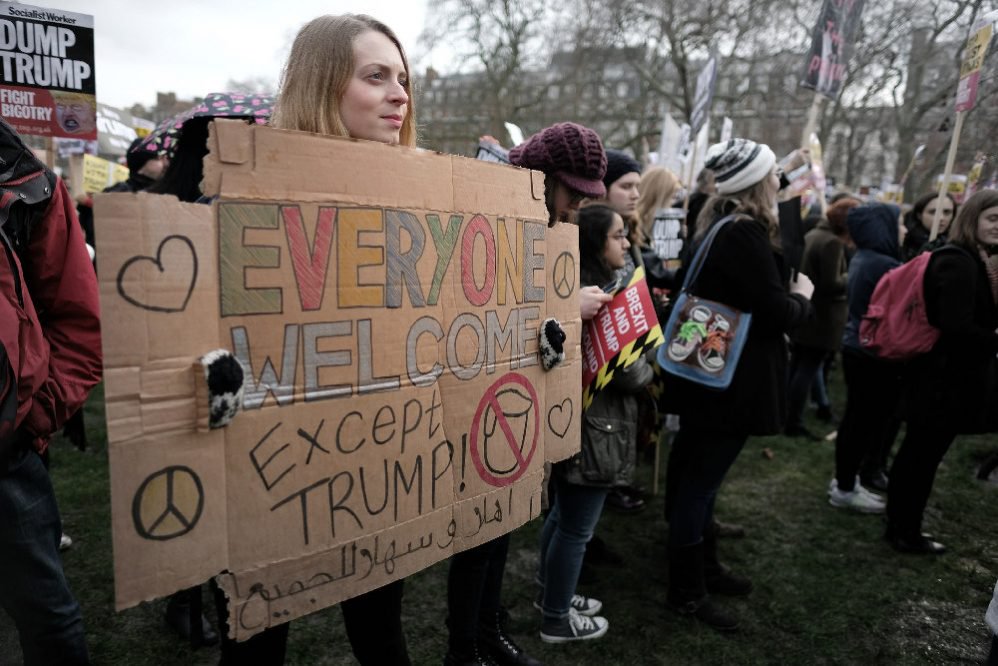 Days after Donald Trump won the presidential election in November 2016, thousands flocked to the streets of New York City to demonstrate against the president elect in a protest organized by a Kremlin-connected Facebook page called BlackMattersUS, The Hill reports. Between 5,000 and 10,000 people attended the protest organized by the Facebook page, which, according to an archived screen grab, had more than 99,000 likes.

“Join us in the streets! Stop Trump and his bigoted agenda!” the Facebook event page reads for the protest, which was called “Trump is NOT my President. March against Trump.” “Divided is the reason we just fell,” it reads. “We must unite despite our differences to stop HATE from ruling the land.”

BlackMattersUS hosted another event page to protest the Electoral College, called “One Person One Vote One March” to question the legitimacy of America’s democratic system.

As it turns out, BlackMattersUS is linked to Internet Research Agency (IRA), a so-called “troll farm” with connections to the Russian Kremlin that’s purchased 3,000 political ads and has been identified as operating 470 now-deleted Facebook accounts to push agitprop and sow discord among Americans, The Hill reported. IRA also used an Instagram account to push anti-Dakota-pipeline propaganda under the username @Native_Americans_United, The Daily Caller reported.

Facebook officials estimate content disseminated by IRA-run pages has reached 126 million Americans via the social network over the past couple of years. Top executives from tech companies including Facebook, Twitter, and Google are currently testifying before Congress about how foreign entities use their platforms to spread misinformation and propaganda.

In the wake of the 2016 election, much has been said about Russia’s influence in our public discourse, including hysterical claims from Democrats who allege such influence may have stolen an electoral victory from Hillary Clinton. The truth is, Russia’s interference cut both ways, as the “largest and most successful known effort” by a Kremlin-connected troll farm was to protest the man Democrats say may have colluded with Russian officials to beat his opponent.

“In the wake of the election and now President Trump’s election, we saw a lot of activity directed at fomenting discord about the validity of his election,” Facebook general counsel Colin Stretch said in response to a question from Sen. Lindsay Graham on Tuesday.