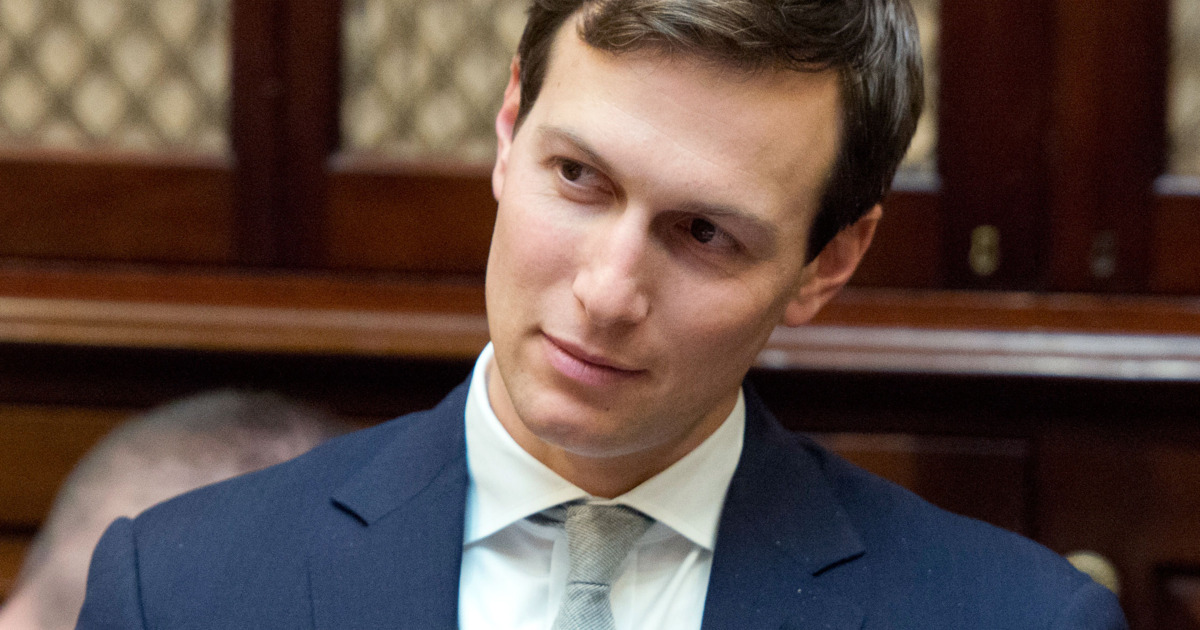 Senior White House adviser Jared Kushner released an 11-page statement Monday ahead of his congressional testimony that called the meeting between Trump campaign officials and a Russian lawyer a “waste of our time.”

President Trump’s son-in-law also denied that he colluded with Russia during the campaign.

“I did not collude, nor know of anyone else in the campaign who colluded, with any foreign government,” a section of his statement reads. “I had no improper contacts. I have not relied on Russian funds to finance my business activities in the private sector. I have tried to be fully transparent with regard to the filing of my SF-86 form [security clearance], above and beyond what is required. Hopefully, this puts these matters to rest.”

Regarding the meeting, he said he arrived a bit late and came in while the attorney was talking about “the issue of a ban on U.S. adoptions of Russian children.”

“I had no idea why that topic was being raised and quickly determined that my time was not well-spent at this meeting,” he said in his statement.

“Reviewing emails recently confirmed my memory that the meeting was a waste of our time and that, in looking for a polite way to leave and get back to my work, I actually emailed an assistant from the meeting after I had been there for ten or so minutes and wrote ‘Can u pls call me on my cell? Need excuse to get out of meeting.'”

He said he “thought nothing more” of the meeting until it came to his attention recently.

The meeting was among the four contacts he had with Russians during the campaign and transition.

“With respect to my contacts with Russia or Russian representatives during the campaign, there were hardly any,” he said in the statement, before recalling when he was at the Mayflower Hotel in Washington in April 2016, when his father-in-law delivered a  speech on foreign policy and he was introduced to four ambassadors at the event, which included then Russian ambassador to the U.S., Sergey Kislyak.

“With all the ambassadors, including Mr. Kislyak, we shook hands, exchanged brief pleasantries and I thanked them for attending the event and said I hoped they would like candidate Trump’s speech and his ideas for a fresh approach to America’s foreign policy,” Kushner recalled. “The ambassadors also expressed interest in creating a positive relationship should we win the election. Each exchange lasted less than a minute; some gave me their business cards and invited me to lunch at their embassies. I never took them up on any of these invitations and that was the extent of the interactions.”

Kushner denied reports he took two calls with Kislyak between April and November 2016.

“I had no ongoing relationship with the ambassador before the election, and had limited knowledge about him then. In fact, on Nov. 9, the day after the election, I could not even remember the name of the Russian ambassador,” he said. (Fox News)

Kushner statement comes hours before he’s scheduled to appear before the Senate Intelligence Committee in a closed hearing.