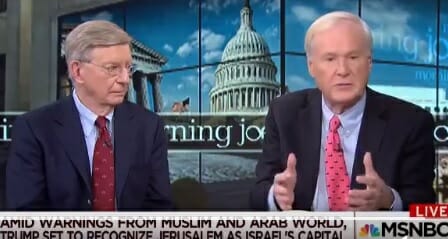 You just knew this was coming.

On Wednesday President Trump officially recognized Jerusalem as Israel’s capital. The President ordered the US embassy to be moved, however; it may take a few years.