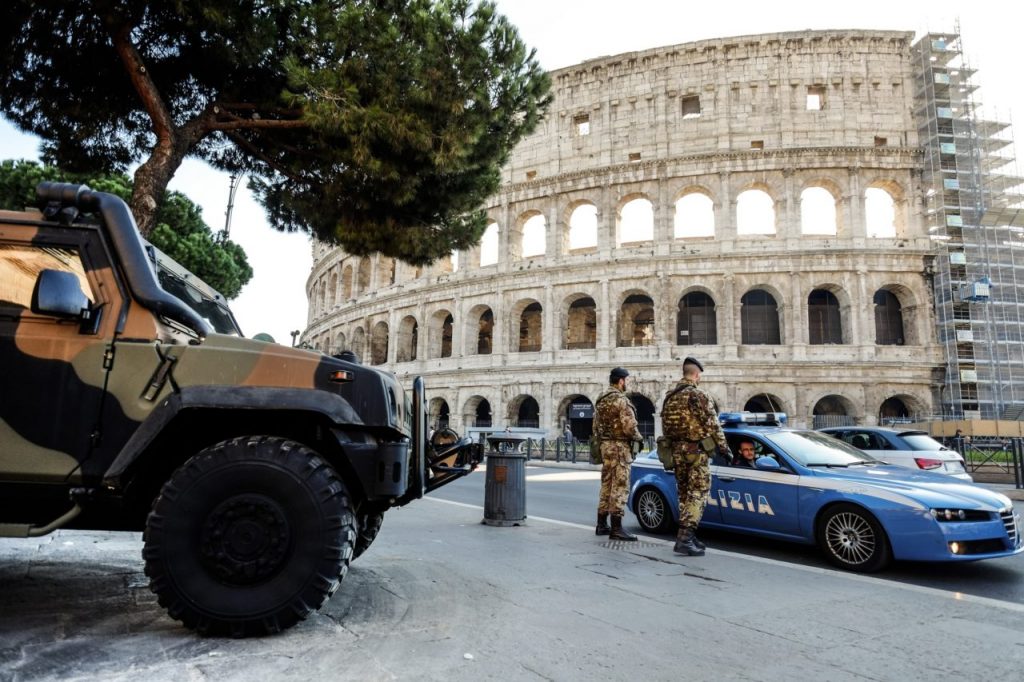 Italy has managed to avoid the brutal consequences of Islamist terrorism thanks to its decades-long war on powerful organized crime, according to a new article in the UK-based Economist magazine.
“The fight against Italy’s formidably organised criminals has given its police a wealth of experience in monitoring tightly knit target groups,” the article states. “It was enhanced by the campaign to subdue the left- and right-wing terrorists who wrought havoc in Italy in the 1970s and 1980s.”

Despite repeated threats against Italy, and Rome in particular, the Islamic State has so far been thwarted in its efforts to bring down the wrath of Allah on the Italian peninsula.

In one of its videos titled “Meeting at Dabiq,” the Islamic State portrayed its vision of the end of the world culminating in an epic battle in Rome between Islam and the West. The film depicted Islamist militants marching toward Rome’s Coliseum and foretold of a final battle for world domination to be fought in Rome between Islamist true believers and Western “crusaders.”

Yet although Italy is a prime target for jihadists, it stands out as one of the only European countries to have never suffered loss of life to Islamic terrorism.

According to the Economist, experience with the Mafia has “encouraged judges to take a more expansive attitude than in other European countries to issuing warrants for wiretaps and particularly to the electronic surveillance of suspects’ conversations.”

“Italy’s recent history may also explain its hardline approach to apologists for terrorism,” it reads.

But experts suggest that Italy’s experience with the Mafia does not fully explain its success in eluding Islamic terrorist attacks.

“The main difference is Italy doesn’t have a big population of second-generation immigrants that have been radicalised or could potentially be radicalised,” said Francesca Galli, an assistant professor at Maastricht University and an expert in counter-terrorism policies.

According to the Pew Research Center, Italy’s Muslim population is only about half that of France, both as a percentage of its overall population and in absolute terms. The percentage of Muslims living in Italy is also substantially lower than it is Germany, Belgium, or Great Britain.

A smaller Muslim population means that ghettoized areas that have become seedbeds of Islamic terror in Paris’s St. Denis area or the Molenbeek district of Brussels simply do not exist in Italy. With its current crisis of mass immigration from northern Africa, the situation in Italy may be different in the future, but for the moment there are fewer opportunities for Islamic radicalization in Italy.

Italian counterterrorism units are also notoriously unapologetic about adopting measures that more squeamish cultures shy away from, another result of years of fighting organized crime. Strategic and tactical differences include a greater willingness to profile potential terrorists and to immediately deport foreigners who pose a terror threat.

According to the Italy’s interior ministry, counterterrorism forces stopped and questioned 160,593 people between March 2016 to March 2017. They also interrogated some 34,000 people at airports and arrested around 550 suspected terrorists, sentencing 38 on terrorism charges. They have also shut down over 500 websites while monitoring nearly half a million more.