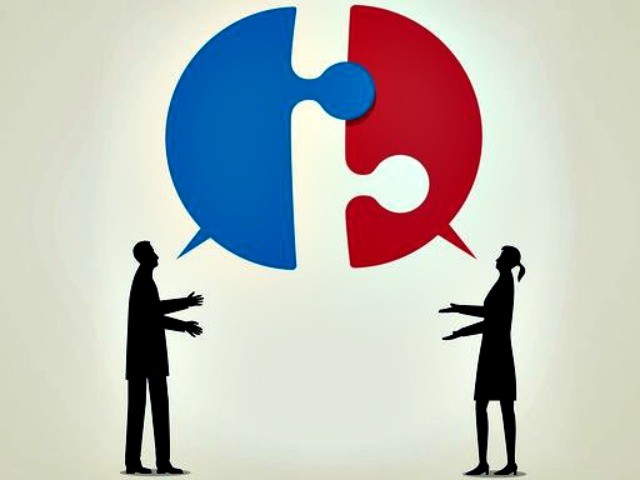 A feminist author is advising spouses of Trump supporters to file for divorce.
Writing at Harper’s Bazaar, Jennifer Wright says she wants transgender individuals in the military, but when it comes to being married to a Trump supporter, she advises ditching that progressive inner longing for inclusivity, diversity, and tolerance.

“I’m going to save you three years of therapy where you and your partner try to ‘agree to disagree,’” she writes. “If your partner is a Trump supporter and you are not, just divorce them.”

Wright sizes up what she views as a problem for non-Trump supporting spouses: “What if you find yourself… not wanting to kiss someone who believes that it is cool for the President to think women should be grabbed by the p@#$y?”

As an aside, Wright fails to mention – even as a point of reference – how married couples fared during the Clinton presidency when the Monica Lewinsky scandal took place in the White House, or during the rape allegations against Clinton, or when his wife Hillary Clinton allegedly silenced those women – yet all the while she insisted during her failed presidential campaign that women should be heard if they accuse men of sexual assault.

Glossing over the Clinton years, Wright continues with yet another issue she believes should not be tolerated by a non-Trump-supporting spouse:

You do not need to try to make it work with someone who thinks of people as “illegals.” Just divorce them … This may not always be possible. Some people may not have the financial or practical means available to get a divorce, but if you do have those means? DIVORCE THEM.
“Supporting Trump at this point does not indicate a difference of opinions,” Wright counsels. “It indicates a difference of values.”

Wright contends that Trump supporters don’t care about the people she thinks should be cared about, so it’s no great loss to get a divorce if you’re married to one:

So, while you may be able to convince your partner that there is a more efficient way to load the dishwasher, you will never be able to convince them that they need to care about people they are fundamentally uninterested in caring about.
“If you saddle yourself with someone who fundamentally does not share your values, you’re going to be unbelievably, achingly lonely,” she warns.

Wright’s own top priorities can be readily seen in her article earlier in August – also at Bazaar – titled, “There Is an Abortion Litmus Test and It’s Called Women’s F*cking Rights.”

In this essay, Wright wades into the firestorm gripping the Democrat Party over whether to be inclusive, tolerant, and big tent-ish by inviting pro-life candidates into the fold:

The expectation that women should be allowed to make decisions about our own bodies seems so basic it’s astounding it’s even something there would be a “litmus test” for. Especially at a time when three out of 10 women in the U.S. has had an abortion and, despite the pro-forced birth rhetoric, it’s been found to have essentially no negative effect on their mental health.
Having unfettered access to abortion, in Wright’s view, prevents women and girls from “dying” – unless, of course, you happen to be an unborn female child – a situation she does not address.

“Why would we ever support party leaders that think that thousands of women and girls dying is acceptable?” she asks.

“There may be people who think that making it clear that abortion is an issue that Democrats are willing to compromise on, or might not really be in favor of, won’t change things,” Wright concludes. “Those people are sweet, optimistic little babies.”