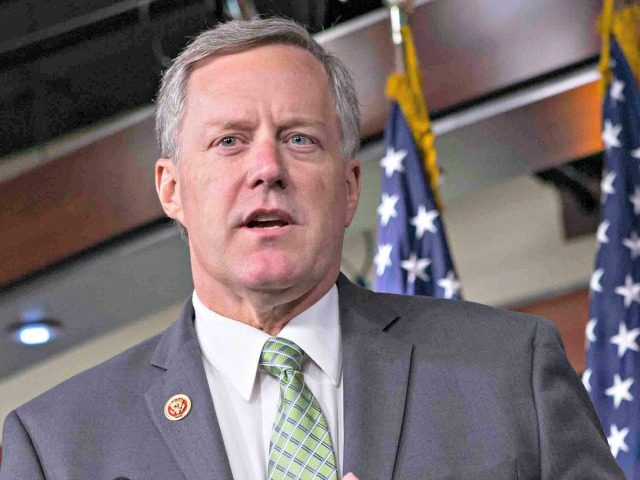 Republicans should just REPEAL failing ObamaCare now & work on a new Healthcare Plan that will start from a clean slate. Dems will join in!

As I have always said, let ObamaCare fail and then come together and do a great healthcare plan. Stay tuned!

We were let down by all of the Democrats and a few Republicans. Most Republicans were loyal, terrific & worked really hard. We will return!

The Senate must go to a 51 vote majority instead of current 60 votes. Even parts of full Repeal need 60. 8 Dems control Senate. Crazy!

“The Senate should continue to negotiate on the replacement bill but at a minimum give President Trump the opportunity to sign into law something that Barack Obama vetoed,” Meadows told Breitbart News on Tuesday morning, referring to the 2015 bill that repeals Obamacare in its entirety. That bill passed both chambers of Congress and was vetoed by now former President Barack Obama.

“The Senate must act and 51 senators voted for it and the House will find 218 votes to pass it,” Meadows added.

Time for full repeal of #Obamacare–let's put the same thing on President Trump's desk that we put on President Obama's desk https://t.co/2ik567ayKR

Ryan remains silent on the matter. His spokespersons Brendan Buck and AshLee Strong have not responded to a request for comment on whether the Speaker stands with the president. But it’s again worth noting that this whole mess began with Ryan setting the agenda to focus on healthcare first and his efforts to tie repeal and replace together. Now nearly seven months of the Trump administration have been wasted as Congress spent months and months dawdling away on this mess that Ryan made. The seven month mark of the Trump administration—exactly seven months since Inauguration Day—is on Thursday.

It’s also worth noting, too, that Ryan could not even succeed in his own chamber of Congress in getting the bill passed the first several times he tried. It took until Ryan pulled the bill off the floor, disappeared from Washington on a trip to Hollywood and to Europe, for other members outside the purview of Ryan and his leadership team to negotiate out changes that would get the bill passed through the House in the end. Meadows is one of those members who actually stepped for President Trump before to get the bill Ryan failed to handle properly through the House, and now Meadows is stepping up for the president again here.

Ryan meanwhile is Tweeting about emojis and about a House GOP budget that is meaningless because it depends on his now-failed healthcare bill to be a part of it. It will never be a part of it now.

Because my kids don’t think of me as an emoji guy, I go crazy on emojis whenever we text. 🇺🇸👍🎉😂❤😊🔥💯☘ #WorldEmojiDay pic.twitter.com/mohyz2Dt9e

At a press conference Tuesday morning, Ryan doubled down on his failed approach.

“We would like to see the Senate move on something,” Ryan said. “We are proud of the bill that we passed. We passed a bill to repeal and replace Obamacare, to replace it with a better system but as you well know the legislative process for it to work the House has to pass a bill. We’ve done that. The Senate has got to pass a bill for us to even move the process forward. That’s the next step. So we’re hoping that they can achieve that next step so that we can bring real relief. Here’s the problem: Obamacare is in the middle of a tailspin. This law is collapsing. We’ve got a promise to keep and we’ve got to step ahead of the problem that this law is collapsing. More and more people don’t even have any choices left or even one choice. Forty-one percent of the counties in America don’t even have competition in health insurance–they have one health insurer left. Premiums have doubled. Options are disappearing. Many counties in America have no health insurers left. So that is just the stark reality of the moment so we’re hopeful that the Senate can take the pause that they need to take so we can move forward on this issue so we can get something done.”

Ryan dodged when pressed again on whether the full House would support the McConnell-Trump-Meadows plan of full repeal now, replace later. “I’m worried that Obamacare will stay in and the law will continue to collapse and people will get hurt in the process,” Ryan said.

Ryan again dodged a moment later saying he was “proud” of the House bill and said the Senate is “working through their process.”

“I’m not going to get ahead of the next steps because frankly we just have to see what they can do, and find out where it is we can go because we have a serious problem on our hands,” Ryan said.

Asked again, Ryan said “we’ve done this in the House.”

“We passed our simultaneous repeal and replace bill,” Ryan said. “We think that’s the solution. We think that’s the best way to go. So we’re just going to have to wait and hope that our friends in the Senate can figure out how they can get a bill passed, get into conference or whatever, and get something passed.”