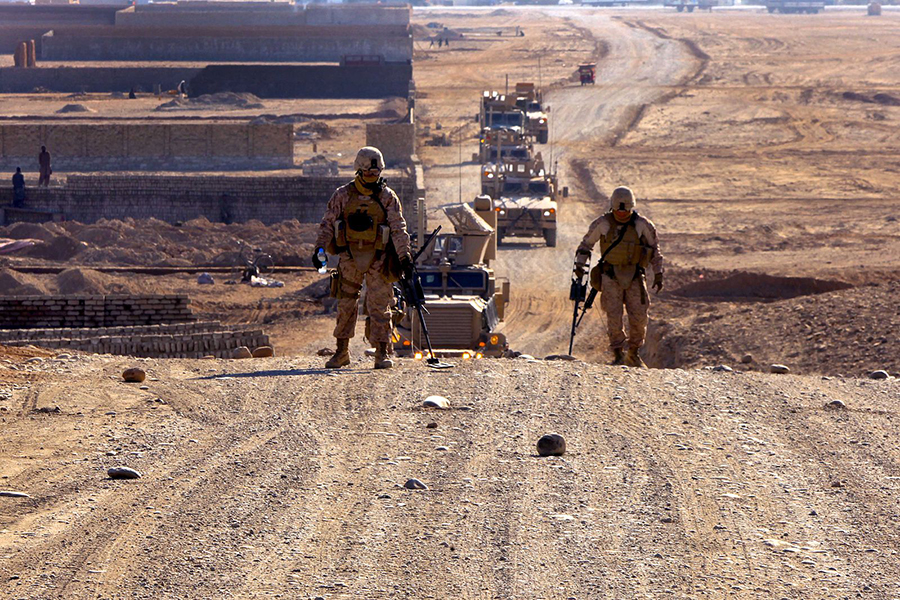 U.S. Defense Secretary James Mattis indicated on Monday that the United States is considering various options for dealing with the war in Afghanistan, including increasing the American military footprint by thousands of forces, the complete withdrawal of troops, and using private contractors.

Asked about the option to use private contractors in the war-ravaged country, Mattis told reporters, “The strategic decision has not been made … it’s part of the options being considered.”

Erik Prince, a Trump supporter and former Blackwater CEO, has confirmed to Breitbart News that U.S. officials are considering his plan to outsource the now 16-year-old Afghan war to private contractors.

On Monday, Mattis suggested that everything is still on the table as far as the Afghanistan war strategy is concerned.

“We’re sharpening each one of the options so you can see the pluses and minuses of each one, so that there’s no longer any new data you’re going to get. Now just make the decision. There’s the options,” explained Mattis about the Afghanistan plan the Pentagon is preparing for the president.

President Donald Trump has demanded that his administration craft a strategy that is different from the failed ones implemented by his predecessors.

Mattis and McMaster have reportedly expressed support for a U.S. military surge in Afghanistan, but the president has dismissed the plans presented to him so far.

On Monday, the Pentagon chief stressed that the White House and the Pentagon are “close” to finalizing the new strategy.

“We are very, very close on this, and the president, as I told you before, has delegated a fair amount of tactical and operational decision making to me,” noted Mattis. “He has not delegated one ounce of the strategic decision making, nor should he, nor would I expect that.”

The Trump administration was expected to unveil the new strategy for Afghanistan in mid-July.

Military Times, which reported on Prince’s plan to use private contractors in Afghanistan, also noted in that same article that Gen. John Nicholson, the top commander of U.S. and NATO troops in Afghanistan, has refused to meet with the former Blackwater CEO.

According to NBC News, President Trump wants to replace Gen. Nicholson out of frustration with how the Afghanistan campaign is going.

Secretary Mattis defended the general on Monday, saying that he supports him.

However, he could not say whether the White House shares his position.