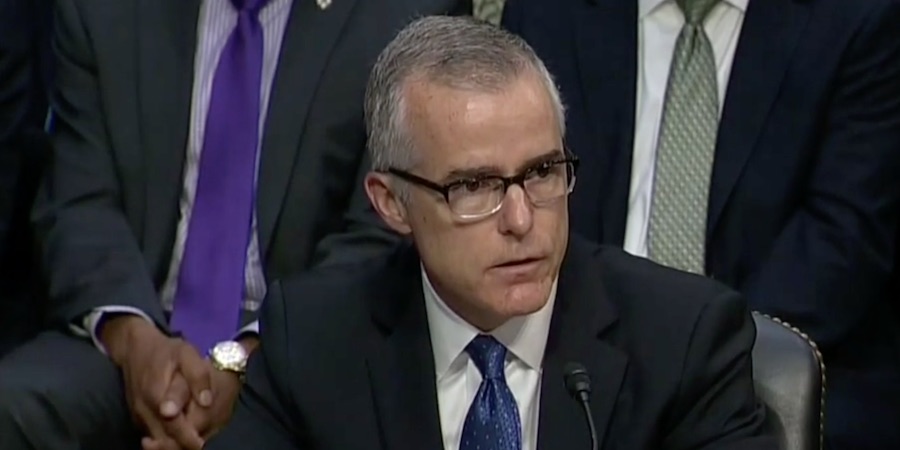 FBI Deputy Director Andrew McCabe might be in deep trouble. His testimony before Congress on the Trump dossier has changed and he was caught in it. He could very well be on his way out of the FBI or worse.