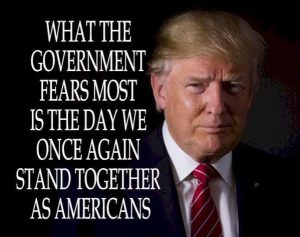 The Washington Times says that there is not a cure for “Trump Derangement Syndrome” and has spread through the media like wildfire. This does not come as a surprise to anyone that has looked at headings of news stories lately. It is more difficult to find a story that puts the president in a positive light than it is to find stories that are not “fake news.” The media is the fuel behind the lefts push President Trump’s impeachment. The media, DNC, and Hillary Clinton are all recent players in the push for Trump’s impeachment.

The media has continued to step up their efforts and have seemed to lose any standards they previously had. There have been recent talks that impeachment may be too slow and that implementing the 25th amendment is the only solution. This would require a majority of Trump’s secretaries and Vice President Mike Pence to agree that Trump cannot perform his duties as president anymore. It does not seem that they would be willing to turn on the president like that since these cries are coming from the left. Even if they were to agree as a majority that Trump can no longer perform his duties, it would still lead to having another Republican president.

This leads into an interesting thought, what will the left do if they were able to enact the 25th amendment because Mike Pence would be the new president. It seems that the media and its left supporters are willing to do just about anything to get their way. Could we see the left start to talk about a revolt or enacting the second amendment? The chance of their even being discussion about it is not very likely but with the attitude of the media it could be possible. Even talking about something like this does not seem like the anti-gun left’s best option. The media will play a large role in what happens over Trump’s presidency.