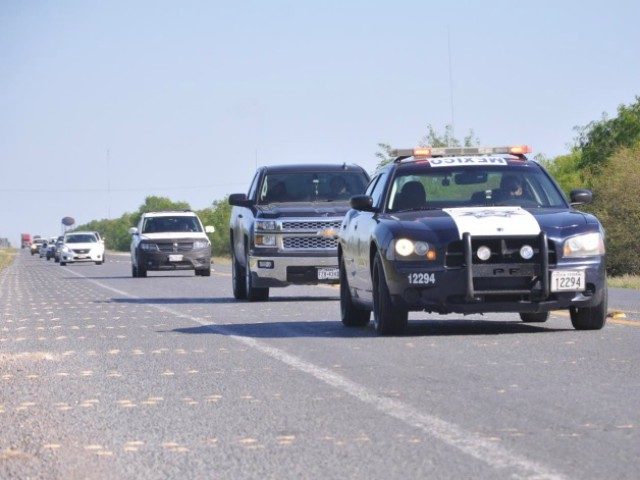 MATAMOROS, Tamaulipas — State and federal police officers will escort travelers along various highways in this state amid a spike in cartel gun battles and armed robberies.

Two years ago, authorities carried out a similar operation where federal police officers escorted residents along the various highways, Breitbart Texas reported. Authorities moved out 1,000 officers from the state at the effort’s conclusion. According to officials in 2016, the operation ended after they claimed to have found drugs in a vehicle that was heading south. The termination left hundreds of drivers at the mercy of the cartel gunmen.

As Breitbart Texas has reported since early May, two factions of the Gulf Cartel are fighting for control of the border city of Reynosa. The Gulf clique that controls Matamoros is helping one of the factions take Reynosa. Fierce gun battles along the highways that connect the cities were triggered as a consequence. The uncertainty caused by the violence has also led to a spike in highway robberies against tourists both to and from the Texas border.

Matamoros City Secretary Abelardo Martinez Escamilla announced the renewed operation would provide police escorts for travelers. The effort will cover the highway that connects this city with Reynosa and heads south to the area called the “Y”. Those routes are considered dangerous and served as scenes of multiple highway robberies.

“It will be three patrols that will leave Matamoros towards Reynosa and another three that will travel towards Ciudad Victoria in an attempt to ensure the safety of the motorists who need to travel to those areas of the state,” Martinez said.