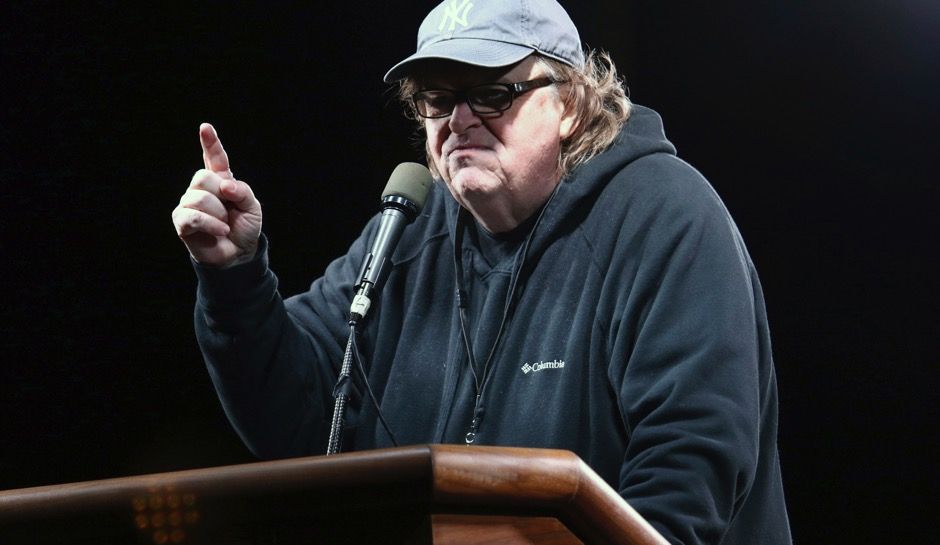 Documentary filmmaker and left-wing activist Michael Moore urged Congress to pass the 28th Amendment Wednesday, which would repeal and replace the Second Amendment.

In a lengthy Facebook message, Moore said the new amendment would guarantee that “states can have State militias (a.k.a. State National Guards which are made up of citizen-soldiers who are called upon in times of natural disasters or other State emergencies).” It would also allow “individuals to use guns for sport and gathering food” and “guarantees everyone the right to be free of, and protected from, gun violence (i.e., the public’s safety comes ahead of an individual’s right to own and fire a gun).”

A well regulated State National Guard, being helpful to the safety and security of a State in times of need, along with the strictly regulated right of the people to keep and bear a limited number of non-automatic Arms for sport and hunting, with respect to the primary right of all people to be free from gun violence, this shall not be infringed.

The Fahrenheit 9/11 director said the amendment would be implemented with conditions that include banning all “automatic and semiautomatic guns,” while simultaneously requiring that all guns be so-called smart guns — even though smart gun technology-to-date is largely integrated into semiautomatic pistols, which would be banned under the 28th Amendment.

Moore’s amendment would also require strict out-of-home storage requirements for guns. He wrote: “One’s guns must be stored at a licensed gun club or government-regulated gun storage facility. Believing that having a gun in your home provides you with protection is an American myth.”

Considering the process for amending the constitution — as explained in the National Archives — all Moore needs now is a two-thirds vote for his amendment in the House of Representatives and a two-thirds vote in the Senate. After that, he’d need to get 38 out of 50 states to support the repeal of the Second Amendment.