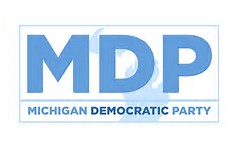 LANSING, Mich. (AP) — The Michigan Democratic Party was fined $500,000 after an internal investigation found problems with the organization’s former practice of fundraising through bingo games.

The civil fine is one of the largest levied by the Federal Election Commission, the Detroit Free Press reported (http://on.freep.com/2r9azXP ) Friday. An investigation conducted by the political party found poor record-keeping, excessive contributions and other problems, and those findings were turned over to the federal agency.

The bingo games, which Democrats ended in 2014, have long been a point of contention. Republicans passed a 1994 law to ban political bingo games, but voters rejected it.

An FEC spokeswoman said the agency has up to 30 days to publicly post documents related to an enforcement case after a closeout letter is issued. A Michigan Democratic Party spokeswoman confirmed the fine and told The Associated Press a settlement was finalized May 11.

The Free Press reported that the party will pay the fine in installments by mid-2019 and has agreed to hire a treasurer and a firm to review its accounting processes for the next two years. The party understated contributions at the bingo games by $4.4 million over 14 years and prize money payouts by $3.9 million.

Cumulative civil penalties of $500,000 or more have been levied just 10 times previously, according a list on the FEC website that was last updated in 2015.

Brandon Dillon, who negotiated the settlement of the bingo issue after becoming party chairman in 2015, said in a statement: “We take our reporting requirements very seriously, and we promptly stopped all bingo fundraising activity over three years ago. As our agreement with the FEC states, the previous party leadership voluntarily brought this issue to the FEC’s attention, and we have cooperated fully with the Commission at each step of this process. We have taken every step to ensure what happened in the past doesn’t happen again and will continue the important work of helping to elect Democratic candidates who will fight on behalf of every resident of our state.”

Former Democratic Party Chairman Lon Johnson began the internal review in 2014 before leaving in 2015 to run for Congress. In a response to the FEC, Mark Brewer — who led the party for years before Johnson beat him in an election — said it was impossible to collect all the names, addresses and prize amounts for individual players. Brewer also said the practice had been sanctioned by the agency.

Brewer took issue with the investigation by the Michigan Democratic State Central Committee’s legal counsel, saying key people weren’t interviewed and the self-report contained “many unfounded assumptions and beliefs, and pure speculation.”
“It provides no foundation for any conclusion regarding knowing and willful violations of the law,” Brewer’s statement said.