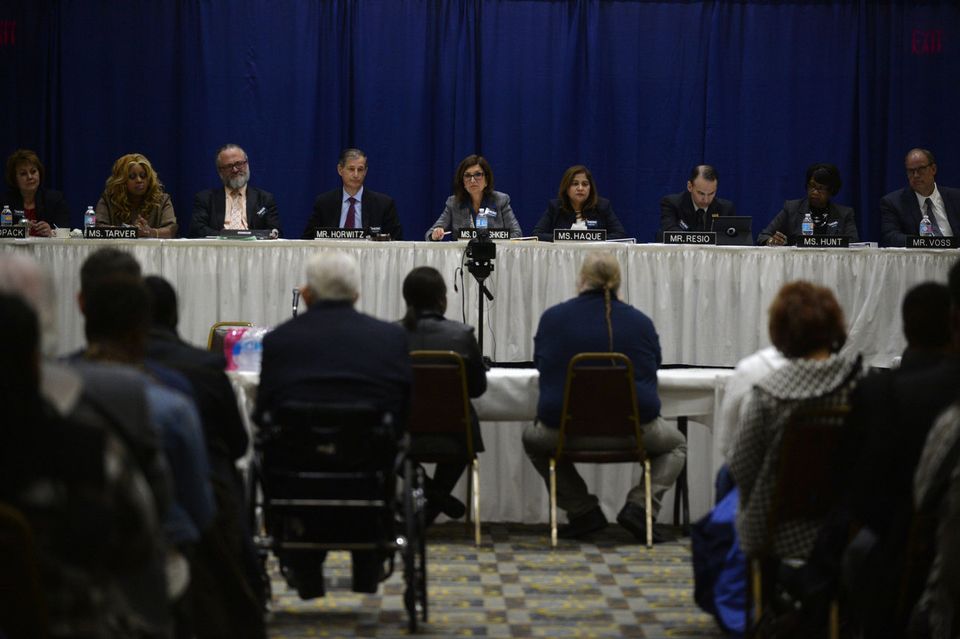 LANSING, Mich. (AP) — The state of Michigan sued Flint Wednesday, alleging that the city council’s refusal to approve a broadly backed deal to buy water long term from a Detroit-area system is endangering public health in the wake of a man-made crisis that left the supply contaminated with lead.

The Department of Environmental Quality had threatened legal action if the council did not approve Mayor Karen Weaver’s recommendation or propose a reasonable alternative by Monday. The council instead OK’d a short-term extension of its contract with the Great Lakes Water Authority.

“Ensuring that the residents of Flint have drinking water that meets public health standards is our primary concern,” DEQ Director Heidi Grether told The Associated Press in a phone interview.

State and federal officials do not want Flint to change water sources a third time after a fateful 2014 switch resulted in lead contamination and other issues while the city was under state management. The federal lawsuit says Flint has no other currently available water source and is at risk of facing $1.8 million in extra costs over three months. It seeks an order barring Flint from switching again and requiring it to enter the 30-year contract to comply with federal and state drinking water laws.

In April, Weaver recommended that the city continue getting its water from the Detroit system long term, saying another switch would be too risky and expensive. Her decision is supported by top federal, state and county officials, but has drawn concerns from council members.

The agreement negotiated by Weaver “is the only option that will be protective of public health in Flint, ensure the future financial violability of Flint’s water fund, and promote investment in Flint’s water distribution system,” the suit says.

Under her plan, Flint would remain a customer of the Great Lakes Water Authority for the next 30 years instead of transitioning to a new Flint-area pipeline as planned. A previous money-saving decision to join the Karegnondi Water Authority in 2013 set the stage for the disaster when state-appointed financial managers controlling Flint in 2014 decided to temporarily tap the Flint River while the regional pipeline to Lake Huron was being built.

The river water was not treated to reduce corrosion for 18 months. As a result, lead leached from old pipes and fixtures, causing elevated lead levels in children and leaving residents to drink and bathe with bottled or filtered water.

During the public health emergency, E. coli was detected along with high levels of a carcinogenic disinfectant byproduct. Experts suspect a deadly Legionnaires’ disease outbreak was tied to the water. Flint returned to the Great Lakes Water Authority, which services much of Detroit and the suburbs, in 2015.

The mayor and council members could not immediately be reached for comment on the suit — the latest legal filing stemming from a disaster that has led 15 current or former state and local officials to be charged with crimes. Numerous residents have sued seeking damages, and a federal judge has separately approved a landmark deal to replace water lines at 18,000 homes.

Weaver has said staying with the Detroit system under a new 30-year contract and using the local county as a backup would be the safest and cheapest option, keeping already-high customer bills in check. Flint has estimated it would save $58 million by not having to upgrade its own troubled water plant to treat water coming from the new pipeline — more if the facility is closed. The savings could be used as part of a $177 million update of the city’s aging and deteriorating distribution system, including fixing leaky water mains and replacing lead service lines.