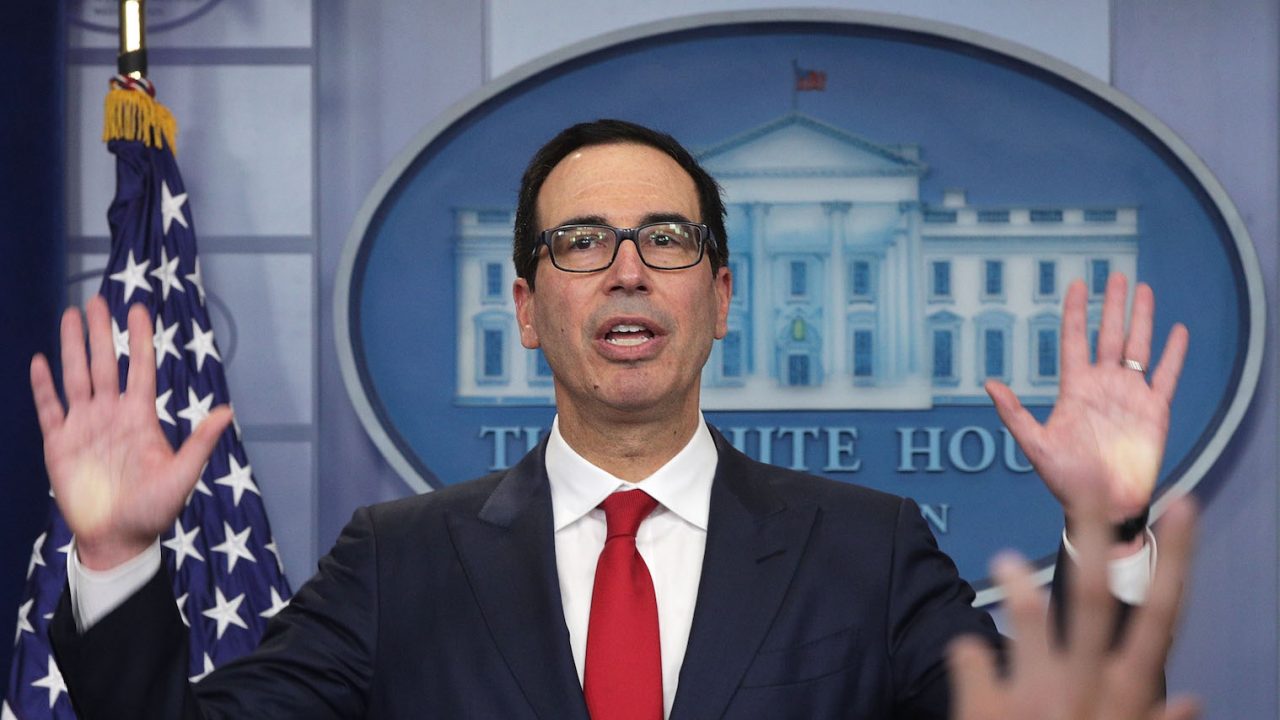 Treasury secretary Steve Mnuchin shrugged off business demands to keep their supply of illegal-immigrant DACA workers, saying Sunday on that President Donald Trump prefers to get Americans back to work.

“We’ll make sure that we have plenty of workers in this economy,” he told Fox News’ Chris Wallace. Mnuchin continued:

We want to put more people back to work. There’s a lot of [American] people that left the workforce [after the 2008 crash] and our objective is to bring them back into the workforce.

The business group correctly says the repatriation of the 800,000 DACA illegals would reduce the size of the economy,  mostly because fewer people would be buying food, autos, and entertainment in the United States. But the business group also ignores what several other business groups admit — that the DACA illegals’ departure would open up hundreds of thousands of jobs for Americans and also raise Americans’ wages.

DACA is in the news because Trump has promised a Tuesday announcement on whether he will continue Obama’s legally troubled amnesty, which he promised in 2016 that he would cancel if elected president. On the same day, Texas’Attorneyy General Ken Paxton and eight other state Attorneys General are expected to file a lawsuit that will kill the DACA amnesty. Wallace asked Mnuchin:

On Tuesday, Texas’ Attorney General Ken Paxton and eight other state Attorneys General are also expected to file a lawsuit which will likely kill the DACA amnesty. Wallace asked Mnuchin:

WALLACE: OK, one last question, less than a minute. I want to turn to DACA and its impact on the economy because this week, some 400 business leaders sent the president a letter saying if the 780,000 DREAMers who now work are put at risk of deportation, the economy will lose $460 billion plus $24.6 billion in Social Security and Medicare taxes. Briefly, sir, would ending DACA — forgetting the other aspects of it — would ending DACA hurt the economy?

Mnuchin’s answer reflects Trump’s emphasis on getting an immigration reform which helps Americans employees, and it echoes Trump’s faith that increased employment and wages will help repair the racial antagonism sparked during former President Barack Obama’s eight years in office.

For example, Trump is pushing the RAISE Act, which would increase Americans’ wages by reducing the annual inflow of foreign workers and consumers. The fight over the DACA amnesty is a warm-up to the pending push battle over the RAISE Act, perhaps shortly before the 2018 election.

This point was underlined Michael Needham, head of Heritage Action for America, who told Wallace that “we need an immigration policy that makes sense for over 320 million Americans, not for small segments of the — of sympathetic groups.”

Texas Gov. Abbot also appeared on the show, where he ignored Wallace’s pressure to preserve the DACA amnesty, and he backed Trump’s push for a pro-American immigration reform.

WALLACE: Finally, Governor, I want to ask you about the related issue. The president is going to announce on Tuesday, what he’s going to do about the DACA program. Texas has the second-most DREAMers of any country — any state in the country, second only to California. I know you have — when you were attorney general, opposed his Obama’s executive orders. What do you think about the possibility of the president ending at the DACA program, putting these DREAMers at risk of deportation, particularly those right now in the Houston area who you are just trying to help out and recover from the flood?

ABBOTT: Well, Chris, we need to recognize that this is really a symptom of a larger problem that remains unresolved. We wouldn’t have this whole issue about DACA if Congress would step up and pass immigration reform and do so in working with the president. We will continue to have challenges like this that lasted until both the Congress and president step up and pass comprehensive immigration reform.

WALLACE: Did you ask discuss DACA with the president yesterday? I know you had a lot — go ahead.

ABBOTT: I spent a lot of time talking to the president, not just yesterday but in his prior trip and over the phone. I got to tell you that what the president’s talked to me about exclusively is his compassion and commitment to helping Texans dig out of this hurricane and as a result, issues like DACA and other related issues never came up.

Polls show that Americans want to help the DACA illegals, but also put a much higher priority on using immigration laws to help fellow Americans get good jobs.

Read it all here.