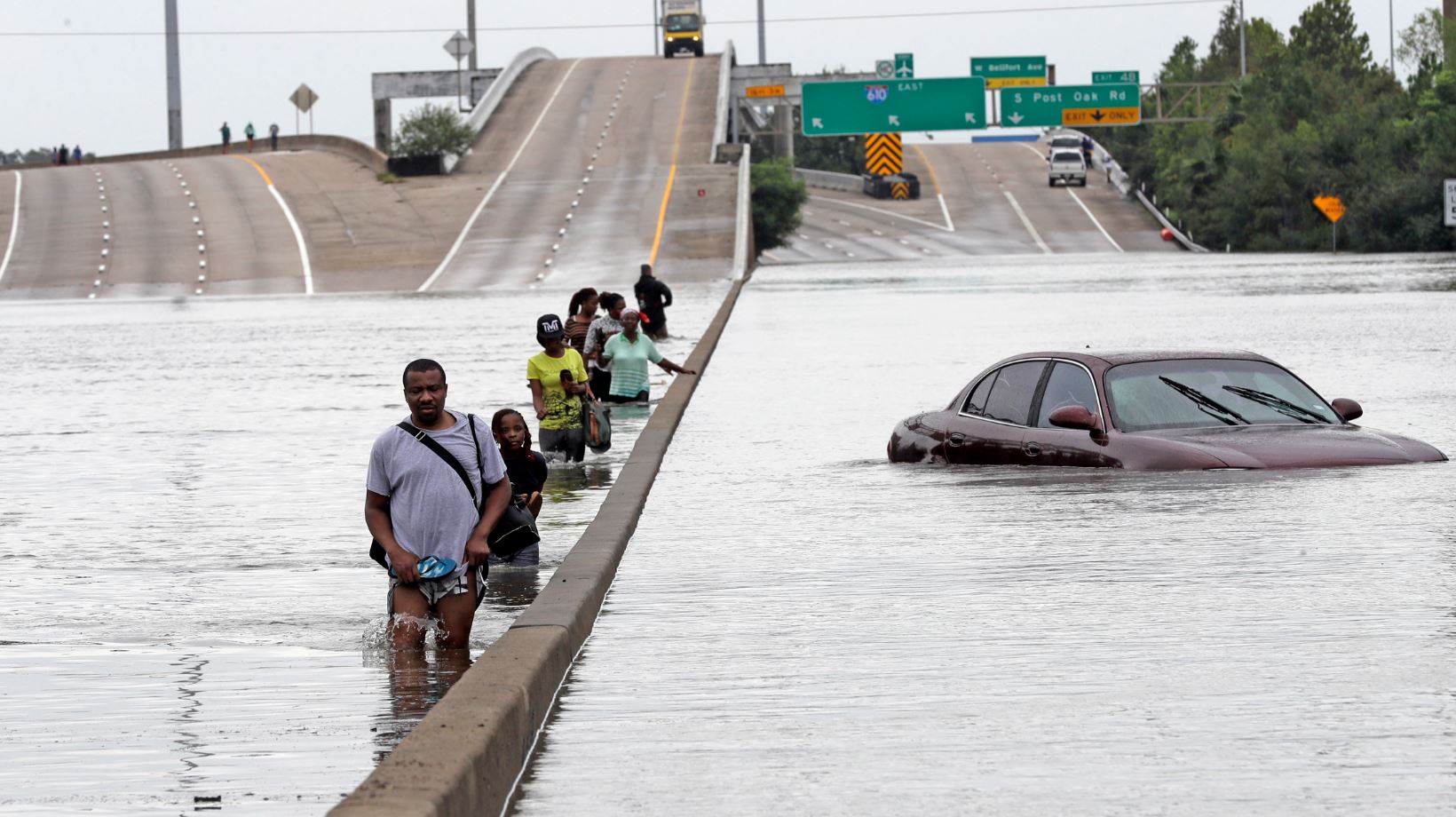 HOUSTON, Texas — Officials with the National Weather Service warn additional heavy rains and catastrophic flooding could hit the Houston area during the overnight hours of Monday morning. Hurricane officials also report that Tropical Storm Harvey is beginning to move back to the Gulf of Mexico where warm waters could foster re-strengthening.
National Weather Service Houston issued an advisory at 7:30 p.m. on Sunday night indicating that computer models show new rain bands forming that could deliver an additional five to ten inches of rain in localized areas. “This could include the Houston area,” officials wrote. “Houston could once again be in for significant catastrophic flooding.

Counties to the north of Houston could also face two to three inches of rain which will have to make its way back through Harris County on its way back to the Gulf of Mexico via various rivers, streams, and creeks.

The National Hurricane Center reported Sunday night that Tropical Storm Harvey is moving from its stationary position near Cuero, Texas, back to Victoria. It is expected to work its way back to the Gulf of Mexico near the town of Matagorda. Once it is back over open water, conditions could allow the storm to reorganize and strengthen. It would also create new rain bands that would feed into the Houston area over the early part of the week, through Wednesday, officials stated.