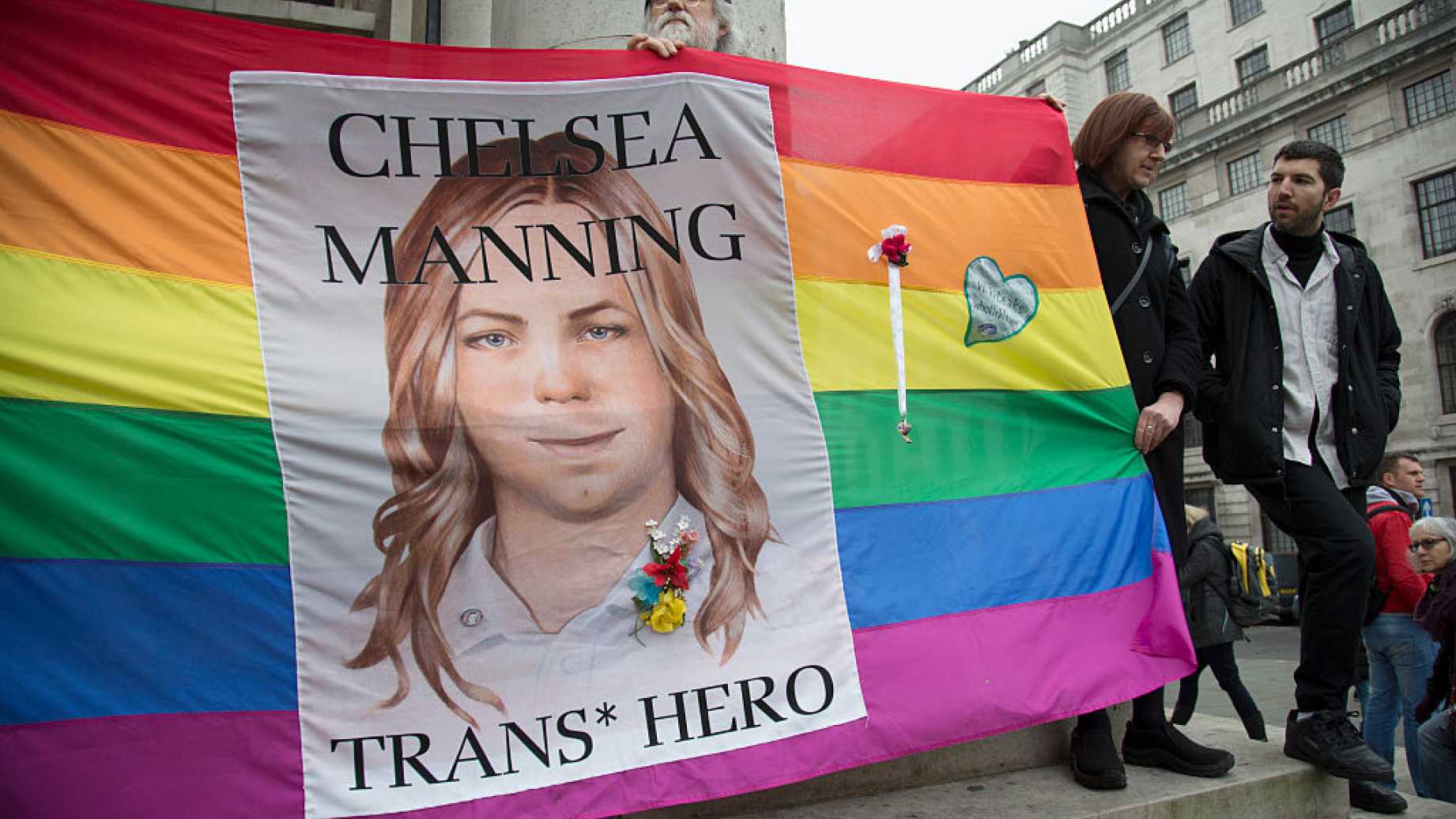 Says the individual who should have rotted in prison for espionage…

Ever since he had his sentence commuted by President Obama, spineless traitor Bradley “Chelsea” Manning has dedicated himself to becoming a full-time communist activist. He has expressed moral outrage at Trump’s decision to bar transgendered individuals from serving in the United States Armed Forces and has openly advocated for income and wealth distribution at odds with the United States Constitution.

Now it seems like Manning is bent on breaking down the very criminal justice system that placed Manning rightfully in the slammer on six counts of espionage. He tweeted the following regarding prisons:

Yes, Manning wants to remove prisons entirely. There is no argument about differences between those incarcerated for drug possession as opposed to rape and murder. There is no argument regarding private prisons versus public prisons. According to Manning, the world should not contain facilities to keep the scum of the earth away from the rest of the law-abiding population because, hey, leftism. This is no different from the rhetoric of former Black Panther terrorist Angela Davis, who evaded conviction for supplying firearms used in the 1970 Marin County hostage-taking and massacre.

However, Manning’s statement exposes something deeply disturbing about how the Left seeks to address criminal justice reform. There are legitimate issues that need to be addressed with regard to the war on drugs, mens rea reform, and federal regulations that criminalize actions absent of intent. However, the Left takes the conversation outside the realm of reality; it demonstrates how two-faced they are in issues of criminal law. In one breath, the Left can argue for harsher sentences (and rightfully so) for rapists while arguing to abolish the prison system just as Manning did on Twitter. Rather than furthering the conversation in a manner that addresses viable solutions, the Left continues to drag the insane and the absurd.

The worst part of this entire situation is that this talk of abolishing prisons is coming from a scumbag traitor who was convicted of espionage. The last person that anyone should listen to about changing the criminal justice system is one who honestly hates the United States enough to provide top secret information that compromised our national security and possibly resulted in the unnecessary deaths of Americans and our allies.

Great job, leftists! Continue to run the theatre of the absurd with Manning as your court jester.