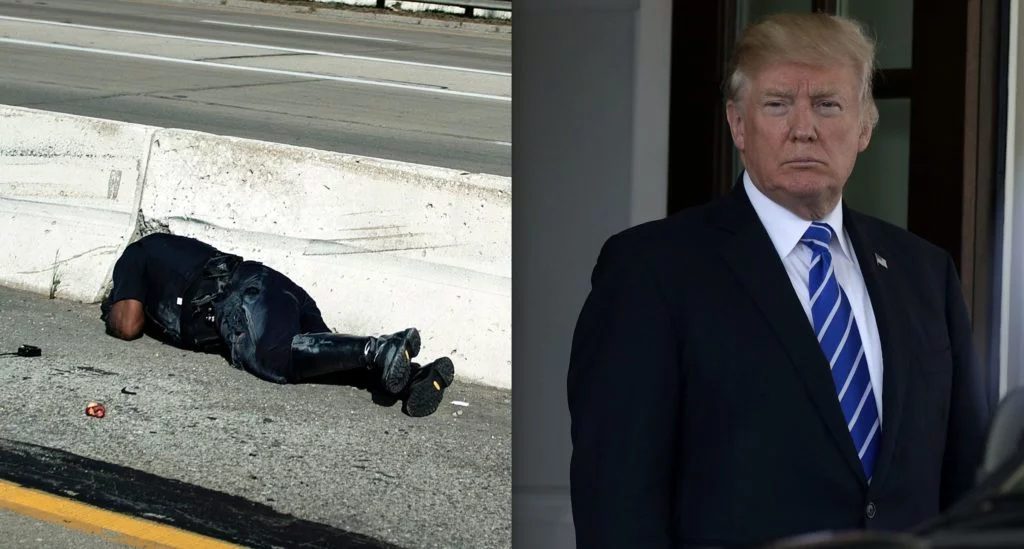 President Trump delayed Air Force One from taking off on Thursday to speak with an officer injured while escorting the Commander-in-Chief during his visit to Indiana; wishing him well as the man was taken away in a stretcher.

The injured officer, identified as Robert Turner, was guarding the President’s motorcade when his motorcycle crashed on the interstate. After receiving medical care on the scene, Turner was taken to the hospital where the President spoke to the officer by phone.

The touching moment was captured on video and posted on social media by the Indianapolis Metropolitan Police Department, where officers thanked the President for “delaying wheels up” to speak with Turner.

“#BREAKING: Thank you to @POTUS for delaying wheels up to speak with injured Officer Turner. #ThankYou,” they posted.

In the video, the officer can be seen smiling, laughing, and joking with the President, who wished him a full and speedy recovery.

Watch the touching moment below:

#BREAKING: Thank you to @POTUS for delaying wheels up to speak with injured Officer Turner. #ThankYou pic.twitter.com/nJ1TtkP9Bx