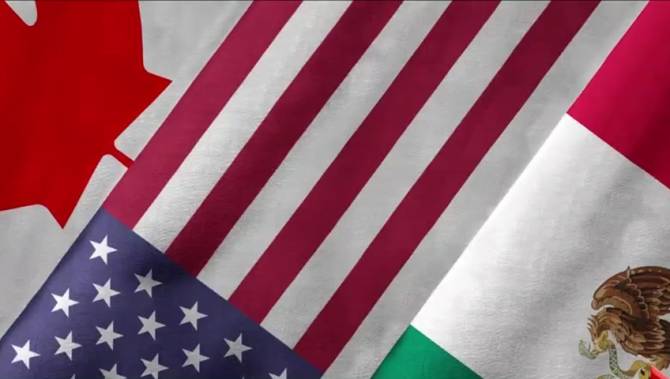 The Trump administration began the first ever renegotiation of the North American Free Trade Agreement on Wednesday, hoping to fulfill one of the president’s chief campaign promises.

U.S. Trade Representative Amb. Robert Lighthizer opened the “historic day” hoping to advance Trump’s trade agenda, which he said would involve protecting American manufacturing interests, a sector that declined sharply as automation and outsourcing took hold following NAFTA’s 1994 implementation. He acknowledged that many workers and farmers have benefitted from the agreement, but said the agreement’s harm has been evident for years. The U.S. government estimates that 700,000 Americans have lost their jobs specifically because of NAFTA, according to Lighthizer.

“For countless Americans, this agreement has failed,” he said in a statement. “We cannot ignore the huge trade deficits, the lost manufacturing jobs, the businesses that have closed or moved because of incentives—intended or not—in the current agreement.”

The administration released its objectives for negotiations in July. The USTR will focus on currency manipulation and said in its July document that it aims to “eliminate unfair subsidies, market-distorting practices by state owned enterprises, and burdensome restrictions on intellectual property.”

The administration maintains that those subsidies and other barriers have contributed to America’s $64 billion trade deficit with Mexico—compared to a $1.3 billion surplus the U.S. enjoyed beforehand.

Trump won significant blue collar support for his opposition to free trade deals that enjoy bipartisan support in Washington, D.C. He frequently criticized Democratic nominee Hillary Clinton for her past support of the Obama administration’s Trans Pacific Partnership negotiations, as well as Bill Clinton for signing NAFTA. Trump’s opposition to free trade is believed to have helped him win narrow victories in Pennsylvania, Michigan, and Wisconsin, the states that carried him into the oval office.

Trump’s cancellation of the TPP and his criticism of NAFTA won him grudging praise from some labor leaders who otherwise opposed his candidacy. The AFL-CIO, which recently resigned from the White House Manufacturing Council over the Charlottesville attack, has said that it will “set a high bar” before accepting the renegotiation.

“The administration can choose to use this opportunity to benefit working families, or it can further rig the rules to favor corporations and CEOs,” union President Richard Trumka said in a statement. “We are setting the bar high. We will only accept a deal that is renegotiated the right way.”

Some union activists now oppose the administration’s renegotiation of NAFTA as “racist,” and called for the full cancellation of the deal.

Four union and labor activist groups will hold protests Wednesday in Chicago and San Francisco, calling for the full repeal of NAFTA, rather than a renegotiation. The Sacramento Labor Council, Labor Council For Latin American Advancement (LCLAA), UAW 551 in Chicago, and San Francisco transportation union, Local 1741, will stage protests in San Francisco and in front of Chicago’s Trump tower Wednesday to protest. The LCLAA, which is a member of the AFL-CIO, issued a resolution condemning the NAFTA renegotiation and described the renegotiation and Trump’s immigration policies as “racist attacks on immigrants.”

“There is an attack on immigrant workers documented and undocumented in the United States and NAFTA has been used to pit U.S. workers against Mexican workers to benefit multi-national Corporations from the U.S. and around the world,” the resolution says. “The Trump administration will use this opportunity to further attack workers in Mexico, U.S., and Canada.”

Lighthizer said that Trump is committed to fulfilling his campaign promise to reverse course on NAFTA. He pushed back against the criticism that the White House was backing down on Trump’s rhetoric, saying that the president “is not interested in a mere tweaking of a few provisions and a couple of updated chapters. We feel that NAFTA has fundamentally failed many, many Americans and needs major improvement.”