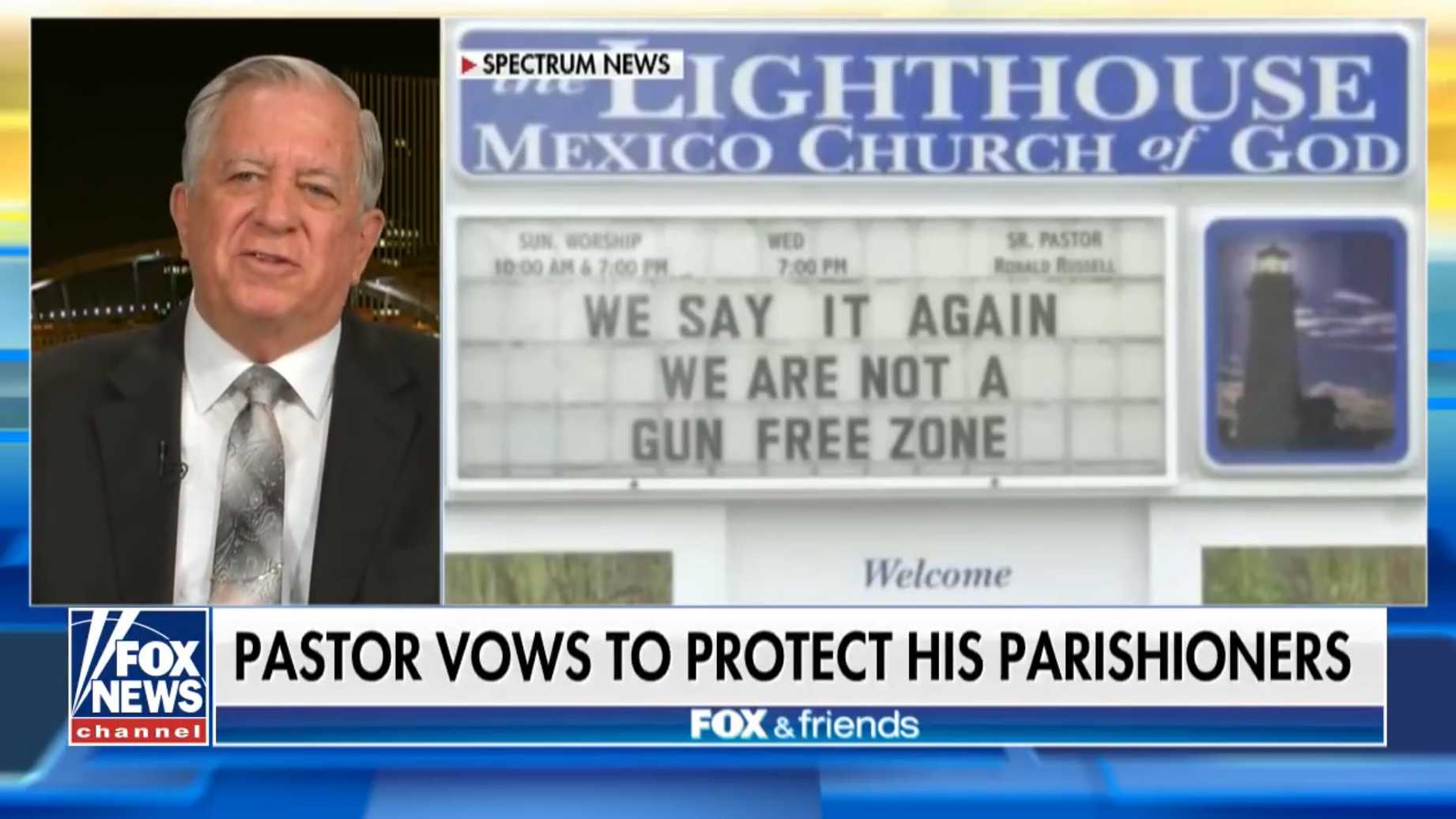 In the wake of the latest church shooting in which Devin Patrick Kelley killed 26 people at First Baptist Church in Sutherland Springs, Texas, one New York house of worship is making sure any would-be shooters know what to expect from their congregation.

Lighthouse Mexico Church of God, a Pentecostal church in Mexico, New York, displayed the following message on their outdoor sign after the November 5 Texas shooting: “We Say It Again. We Are Not A Gun Free Zone.”

The sign outside Lighthouse Mexico Church of God in Mexico, New York: pic.twitter.com/TDISFfABtY

The message can even be found on the church’s website:

According to Spectrum, the church “began to openly allow guns after the South Carolina church shooting in 2015” in which Dylann Roof, who has since been tried and sentenced to death, shot and killed nine people at the Emanuel African Methodist Episcopal Church.

Pastor of Lighthouse Mexico Church of God, Ronald Russell, had the following exchange with Fox News’ Ainsley Earhardt on Monday:

EARHARDT: So why did you decide to do this?

RUSSELL: To send a strong message that it’s not gonna happen in our church. I have like 40 kids, and they’re very valuable to us, and to have someone think they’re going to come in and shoot the place up — that’s not going to happen.

EARHARDT: You say — we’re looking at the sign right now — it says: “We say it again. We are not a gun free zone.” You’ve done this before, right?

RUSSELL: Yes we have. We’ve noticed in times past, ever since Sandy Hook, that these individuals — whether it’s in Sandy Hook, whether it’s in San Bernardino — people like to go to gun-free zones to shoot ‘em up. And we’re just putting out a warning that we believe in the Second Amendment, and we do carry, and it’s not going to happen in our church.

Later, Russell noted that because of the nature of mass-shootings, police response always comes too late, and that in such cases, those at the scene may need to take charge: “Understand, the police, they’re great in [responding], but if they have to respond, that means something already happened, the damage has already taken place. And it’s the first three minutes, the first five minutes that they come in to — that’s when all the damage is being done. It takes a good guy with a gun to stop a bad guy with a gun.”