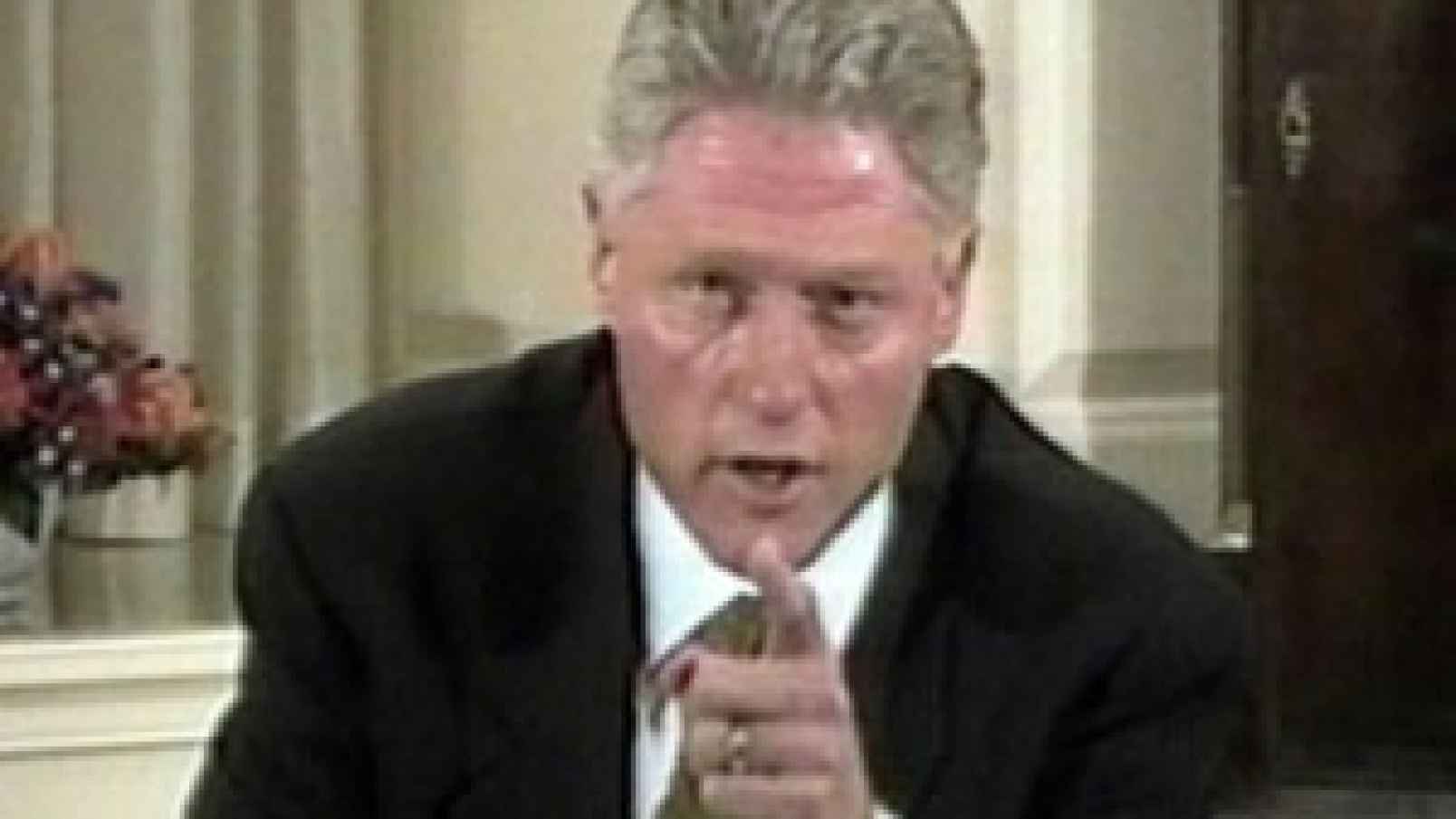 There have been a number of media pieces touching on Bill Clinton’s history of sexual assault. Some, like Catlin Flanagan’s Atlantic piece have been good. And then there’s Michelle Goldberg’s New York Times piece.

And that’s almost as terrible as the Gloria Steineim defense of Bill Clinton in the New York Times, the one that Flanagan and I both cited.

Why are conservatives passing around the Goldberg piece? Because they haven’t read past the title, “I Believe Juanita”. Or the first two paragraphs.

Goldberg is a former Nation hack and passionate Hillary Clinton supporter. The piece is pure bait and switch. And it’s quite revealing about how the left really thinks.

The larger theme is that “believing women” is dangerous because lefties rape too. Or, as the convenient Clinton rationalization has always been, the vast right wing conspiracy will launch false accusations.

Why would Crooked be worried about such accusations? Considering Crooked’s position deep in the Dem machine, you know they know something. And there’s some politician they’re protecting.

And so there needs to be preemptive damage control.

“Looking back at the smear campaign against the Clintons shows we can’t treat the feminist injunction to “believe women” as absolute.,” Michelle Goldberg writes. “The Clinton years, in which epistemological warfare emerged as a key part of the Republican political arsenal, show us why we should be wary of allegations that bubble up from the right-wing press.”

Here’s the whole cynical ethos of the Dems and their concern trolling laid absolutely bare.

“Believe women” can only function when those women are on our political side. Believing women from the other side is dangerous. Our media should be trusts. Theirs shouldn’t be. Their women can’t be trusted. Ours can.

This is pure political tribalism. And it makes a mockery of the left’s pretense to be turning over a new leaf. This is the same old Clinton coverup.

It’s fair to conclude that because of Broaddrick’s allegations, Bill Clinton no longer has a place in decent society. But we should remember that it’s not simply partisan tribalism that led liberals to doubt her. Discerning what might be true in a blizzard of lies isn’t easy, and the people who spread those lies don’t get to claim the moral high ground. We should err on the side of believing women, but sometimes, that belief will be used against us.

If “the people who spread those lies don’t get to claim the moral high ground” then why should anyone believe the media?

It’s a shameful piece from a shameful paper. And conservatives shouldn’t be praising it. They should be exposing it.