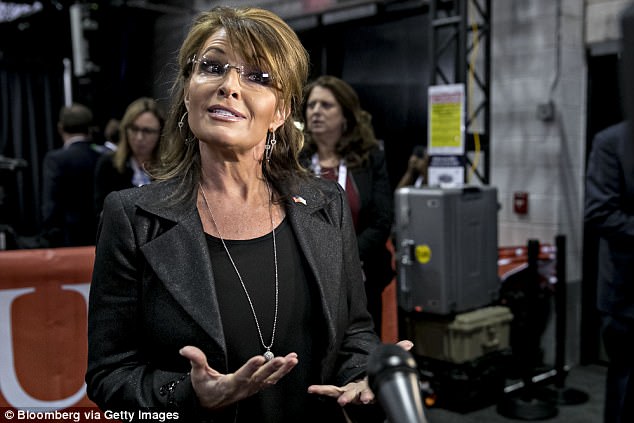 Former Gov. Sarah Palin had nothing to do with Jared Lee Loughner’s decision to target Democratic Rep. Gabrielle Giffords and shoot her in the head at a grocery store in Tucson, Arizona in 2011. Some media outlets tried to spin that narrative, though.

Media linked Palin to the disturbed young man, who thankfully failed to follow through on his plans to kill Giffords. They claimed that Loughner’s behavior was “incited” by a map that had been circulated by her political action committee that pointed out 20 House Democrats. At the time, The Washington Post Fact Checker called the charge “bogus.” Loughner, they point out, had hated Giffords years before any particular map surfaced.

The narrative that Palin was connected to the shooting has been rebuffed time and again. It’s no wonder then why New York Times readers were terribly confused by this piece published shortly after the shooting of Rep. Steve Scalise (R-LA) at a congressional baseball game in June. In “America’s Lethal Politics,” the editor cites the Giffords shooting as proof that political rhetoric can be deadly, again suggesting that Palin incited the 2011 shooting.

Realizing their error, the editors were forced to issue the following correction.

“Was this attack evidence of how vicious American politics has become? Probably. In 2011, Jared Lee Loughner opened fire in a supermarket parking lot, grievously wounding Representative Gabby Giffords and killing six people, including a 9-year-old girl. At the time, we and others were sharply critical of the heated political rhetoric on the right. Before the shooting, Sarah Palin’s political action committee circulated a map of targeted electoral districts that put Ms. Giffords and 19 other Democrats under stylized cross hairs. But in that case no connection to the shooting was ever established.”

An edited paragraph didn’t satisfy Palin, who sued the Times for defamation. The case reached court Thursday for an evidential hearing, giving the defendants a chance to try and explain themselves.

They didn’t do a great job.

Some of the editorial page editor James Bennet’s excuses included: ‘We were rushed for time’ and ‘we didn’t refer to earlier stories about the Giffords shooting.’

Through their questioning, the Times’s lawyers sought to demonstrate that Bennet, who has been the paper’s editorial page editor since April of 2016, was pressed for time on the day of the shooting, and unaware of both prior columns and news articles that contradicted the editorial, and of a news story to be published the day after the shooting by one of the Times’ reporters, which also said there was no confirmed connection between heated political rhetoric and the 2011 shooting.

Oh, and they used the words “political incitement” because it would “grab readers’ attention.”

Federal District Judge Jed Rakoff will decide by the end of August whether Palin’s case against the Times can proceed. To do so, the plaintiff will have to prove the paper acted with “actual malice.”