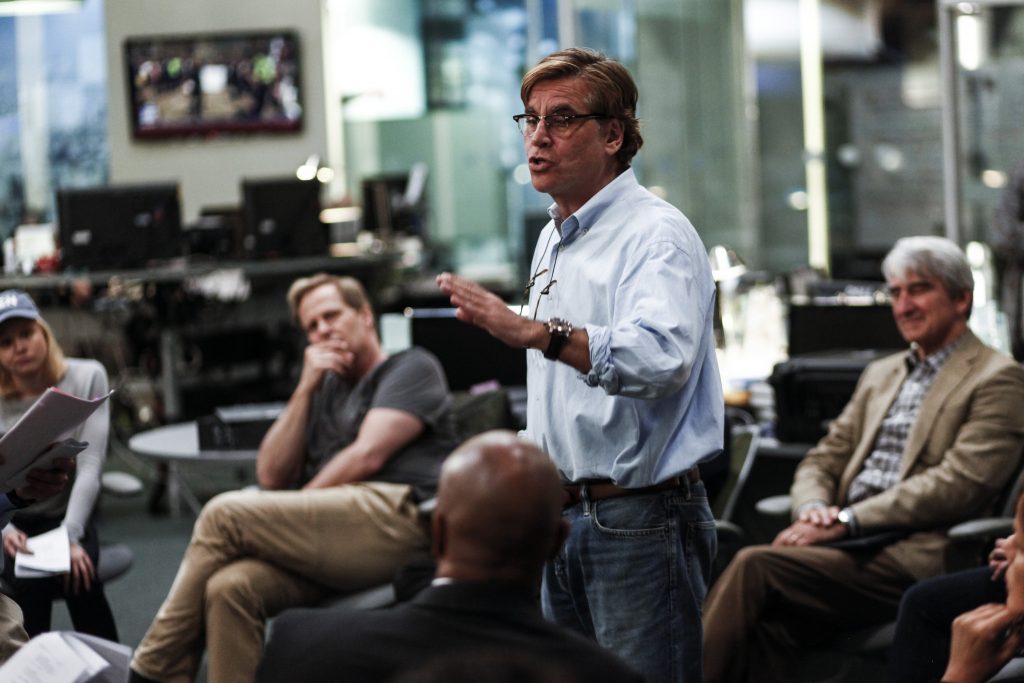 These days there are all sorts of factors which go into deciding what stories will be broadcast or printed and which ones die a quiet death. Having spent 30 years in the television news business, I wanted to share two personal experiences about stories that needed to be told.

But only one hit the air.

First, let me tell you how stories are chosen.

Generally every news organization starts the day with a morning meeting. Reporters are usually expected to bring a few story ideas to the meeting and pitch them to the News Director, who then decides which stories will be covered. Some stories might be killed while others might be saved for another day. (Known as a “reporter driven” newsroom.)

At other organizations, management has already decided what will be covered and reporters are simply given their assignments. (Known as a “management driven” newsroom.)

Reporters are then generally assigned what is known as a “package” every day, which is a self-contained story that generally runs between sixty and ninety seconds. And you’re often asked to pick up a sound bite on another unrelated topic.

On this particular day I was assigned a package and also asked to get a quick interview with a guy running for the local school board. No big deal. Or so I thought. On my way out the door another reporter told me, “Just so you know… the candidate is good friends with the Station Manager.”

I could only pray the guy didn’t stay something stupid.

But apparently I either didn’t make it to confession, didn’t light a candle, or didn’t pray hard enough.

We arrived at the candidate’s office and I made small talk with the guy as I always did before interviewing someone. I got a little background information as the photographer set up. The man seemed like a decent fellow, very friendly. (Of course all “normal people” are that way until they get elected, upon which they turn into a character from a Stephen King novel and lure people into a sewer with red balloons.)

Okay, tape is rolling. My first question to this first-time candidate was one I asked every politician regarding the office being sought. “What would you do if you were elected to the school board?”

The answer was the oddest one I’ve ever gotten from a candidate. The guy actually said, “I have no idea. I’ve never been to a school board meeting.”

Okay, I figure maybe the guy’s nervous, it’s his first campaign, cut him some slack. So I ask a few more questions to give him an opportunity to dig himself out of this hole. Surely he’ll say something interesting.

When we were done I realized I gotta go to church more often.

So back to the newsroom I go with… nothing intelligent. At this particular station we had “script approval” which entailed giving your script to the News Director for review before you put the story together. He shook his head as he read the transcript of the sound bite. “He really said this?” I played the tape. When it was done he popped the tape out of the deck. “I gotta show this to the GM. Be right back.”

I figured this story would die a quick death. The News Director returned a few minutes later and handed me the tape. “The GM said you can run it.”

Now that’s how journalism is supposed to work. Even though the sound bite made the manager’s friend look ridiculous, we aired it. (He won in a landslide, by the way. Big eye roll from everyone in the newsroom on election night.)

Now here’s the national story you never saw. It’s a Presidential election year, and a tabloid had run a piece about a scandal involving one of the Democratic candidates. The kind of dirt that would end a campaign. (It was not Bill Clinton.) It became a hot topic of discussion as the morning newsroom meeting begins, as reporters love this kind of stuff, even if it’s just gossip.

Then one of the production people makes a comment that he knows the person involved in the scandal. And that the story is true.

Suddenly every reporter in the room wants this huge national story. And then a manager throws cold water on this exclusive by saying, “No one cares about that stuff.”

What ensued was one of the most heated newsroom arguments I’ve ever seen. Even the most liberal of our reporters insisted we run the story. The manager wouldn’t budge. The story would not run. People in the newsroom grumbled about it all day, but nothing changed.

But had this person become President, imagine how we would have felt changing history because one person in power sat on the story?

Both stories made candidates who were supported by our managers look bad, but only one hit the air. The one that didn’t is a perfect example of “bias by omission.”

Today things are even worse, as many reporters are so biased that real stories don’t even make it to the daily morning meeting. But in many cases, one manager can overrule an entire staff. And, as is often the case, that manager has never even been a reporter.

Sadly, that’s true of a lot of people in power at the networks.