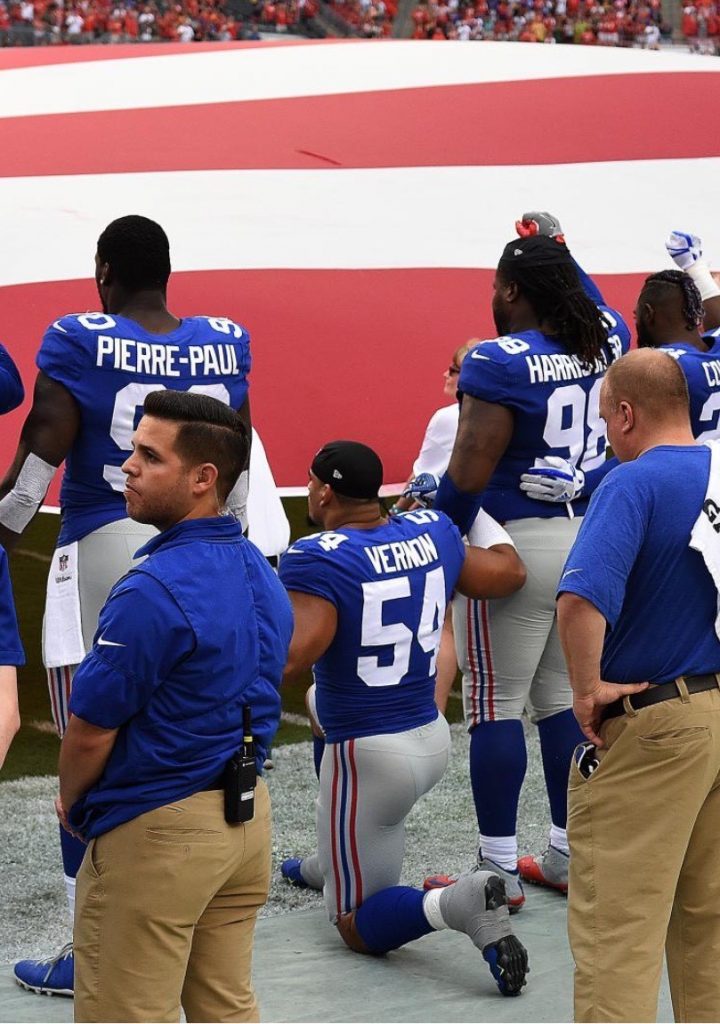 Three weeks after I cancelled my NFL Sunday Ticket package, after I sent a long snail mail letter to Giants owner John Mara, after I got so sarcastic on Twitter that the league blocked me… the NFL apparently is sorry. Well, kinda sorta.

That’s the only thing I can assume from the email the league sent me this week. Telling me they are going to give away 500 tickets to the biggest game of the year.

The subject line read “Fan Appreciation Super Bowl Tickets.” Honestly, I thought it would be one of those funny memes but I clicked on it anyway and spit my coffee when I read something that qualifies for the tone-deaf  hall of fame:

The great success we have in the NFL would not be possible without the incredible passion you have for our teams and the game. Today, I am excited to tell you about a new program to thank some very special individuals whose love and commitment to our game, teams and communities continues to drive us forward.

Drive your business forward into a ditch, is more like it.

The very long email goes on to explain that five hundred lucky fans will be awarded free Super Bowl tickets. Not a word about protests, no mention of social justice, nothing about freedom of expression. Just the incredible generosity of the NFL and the opportunity to spend a February Sunday in balmy Minnesota watching oppressed narcissistic millionaires act like children. Hold me back.

And then it hit me. The NFL is the girlfriend who cheated on you, who you caught in bed with another guy, who now wants you back.

The NFL is the girlfriend who shows up a month after you told her “we’re done.” You open the door after hearing the soft knock, find her looking down, lower lip out in a pout, dressed in her hottest outfit. She looks up at you through long lashes, eyes misty. Her “I’m sorry” is barely audible as she hands you a box. “I got you a cheesecake from your favorite bakery.” Long pause. Her voice cracks as she says, “I miss you.” Right on cue, a single tear rolls down her cheek.

And if you have any pride, you grab the cheesecake and slam the door in her face.

Back to the email. I assume the league has my address either from my long time NFL Sunday Ticket subscription or because I’ve written to Roger Goodell a few times about other things, like his lack of action on domestic violence or Michael Vick. And they’re correct that I have been a very passionate fan. How passionate? Well, a few years ago I was on a heart monitor after a health scare, set to go off at 140 beats per minute. It went off once… during the last two minutes of a Giants-Cowboys game. (Those of you who are health nuts, just try getting your heart rate that high while watching TV.)

I also got a snail mail letter back from Giants owner John Mara, but he’s siding with the players “right to free speech” as well. Though he did agree that Odell Beckham’s “urinating dog” touchdown celebration was inappropriate. But was Beckham benched? Nah. In this case his celebration was symbolic, to let America know the tail really is wagging the dog.

I first suspected the NFL was cheating on me during the Fox pregame show of week three. When four of the five hosts supported the players “right” to protest. Then seeing some of my beloved New York Giants kneeling and behaving like ten year olds during the game.

And the next day I called DirecTV, basically said, “We’re done” and got the gold necklace back from the cheating girlfriend. (The refund.)

Has it been hard avoiding the Giants after not missing a game for decades? At first, yeah. But then I realized the game I loved is gone. It doesn’t exist anymore. The teams are now the Pittsburgh Kneelers, the Phony Niners, the Masque-Raiders. The cheating girlfriend is out bar hopping with a bunch of radicals who hate the brave police officers who would take a bullet for me. But then again, I now know this was a one-way relationship with fans all along. The league never really loved us, only our wallets. The NFL is the ultimate golddigger. She talks a good game, looks good in a party dress, but bottom line, you can’t trust her. She doesn’t respect you.

Oh, almost forgot to share the last line in the email:

We look forward to sharing more of these surprises in the months ahead.

Wow, what could be next? Free Colin Kaepernick jerseys? Kneepads with your team’s logo so you can show your allegiance while protesting? Foam fists instead of foam fingers?

But hey, fans will have a surprise for the league next year when season tickets go on sale. In what could be the ultimate irony, we’ll bring the NFL to its knees.