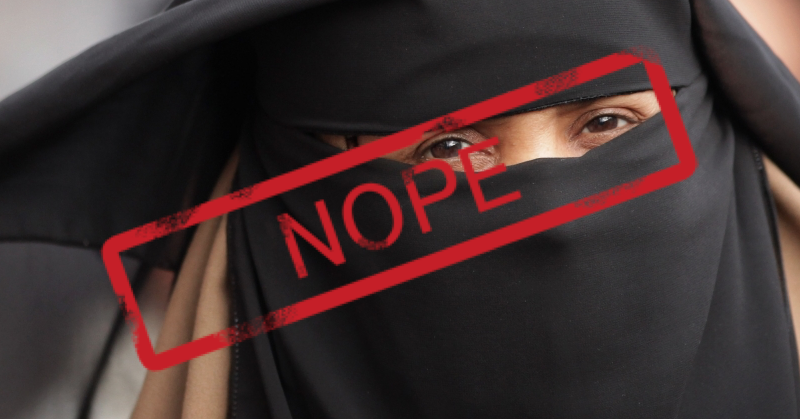 A female teacher was attacked in Vienna by a woman wearing a full-face Islamic veil, or niqab, after telling the woman the garment is now banned in the country.

The attack occurred on the busy Mariahilfestrasse shopping street earlier this week near the Zieglergasse subway station. The teacher politely told the Muslim woman that the veil was banned in Austria and initially the Muslim ignored her. Things became heated and an argument culminated with the Muslim throwing the teacher to the ground, Kronen Zeitung reports.

Police prosecutor Daniel Fürst told the newspaper on Friday that the Muslim had been a 17-year-old girl. He said that as the situation escalated around 20 more individuals became involved in the dispute, including another woman who was assaulted by the Muslim, but was quickly calmed down when police arrived.

“The 17-year-old was then brought into a protected space of the Vienna transport company where the police discovered her identity,” Fürst said and claimed that the 17-year-old is currently facing two charges of attempted bodily injury and one charge of disobeying the facial covering ban.

The ban on full-face coverings like the niqab and the burqa has been in place since October 1st and was passed earlier this year with the backing of Foreign Minister Sebastian Kurz.

Whilst individuals who break the law face fines of 150 euros, some may not have to pay them as Algerian millionaire and political activist Rachid Nekkaz promised last month he would pay every fine. Nekkaz has so far spent over 300,000 euros paying fines and legal fees for Muslim women in other countries that have a similar ban on facial coverings.