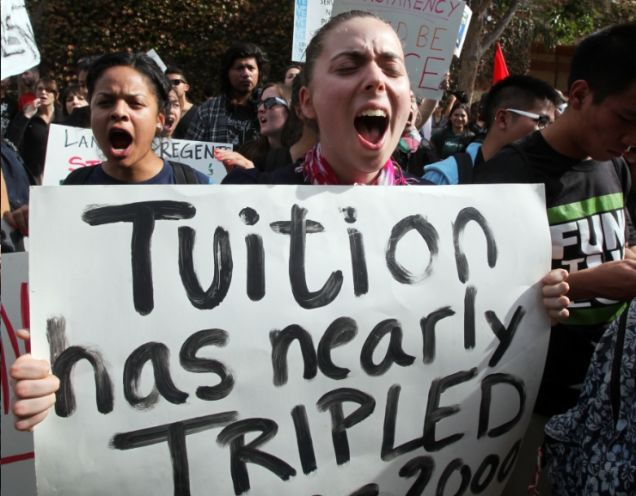 Huffington Post blogger Kayla Chadwick’s column, which is titled, “I Don’t Know How To Explain To You That You Should Care About Other People,” is exactly what it sounds like – a diatribe about how those who reject progressive policy proposals are “cruel” people who take relish in the suffering of fellow Americans.

“I don’t know how to explain to someone why they should care about other people,” Chadwick writes at the top of her column.

It’s a preposterous claim, that those who reject progressive economic proposals don’t care about others, but it is a prevalent sentiment amongst the American left. Progressive columnist Emmet Rensin called this condescending and contemptuous attitude the “smug style in American liberalism” in a 2016 column for Vox. Rensin argued that such condescension is rooted in the belief that Republicans, especially those that are lower and middle class, fail to “know what’s good for them.”

“Personally, I’m happy to pay an extra 4.3 percent for my fast food burger if it means the person making it for me can afford to feed their own family,” Chadwick writes, linking to a Purdue University study on the price effects of a $15 minimum wage. “If you aren’t willing to fork over an extra 17 cents for a Big Mac, you’re a fundamentally different person than I am.”

Let’s unpack this. Chadwick’s thesis is that the only real reason someone might reject the progressive proposal to raise the minimum wage to $15 is that they are cold and unfeeling. It’s a strange argument, mainly because it isn’t really an argument but an empty attack and a lazy dismissal.

Those who argue against a $15 minimum wage could argue that Chadwick is a “fundamentally different person” than they are because her wage increase proposal would result in the suffering of those who will either be laid off or afforded fewer hours. But these folks, equipped with substantive arguments, don’t engage in childish character attacks.

Economic research proves that drastic increases to the minimum wage will incur negative effects for workers, especially in the fast food industry. The most comprehensive study into Seattle’s recent minimum wage hike to $15 conducted by the University of Washington revealed that the policy had a negative effect on workers. According to a report published by USA Today on the study, Seattle minimum wage workers “clocked 9% fewer hours on average, and earned $125 less each month after the most recent increase.”

Chadwick demonstrates a similar kind of ignorance. She is carelessly able to label half of America as so “selfish” and “cruel” that she “cannot have one more conversation with someone” who doesn’t subscribe to her policy prescriptions.

But how many conservatives and libertarians does Chadwick know? Does she regularly ask them to articulate their positions? Was she afforded the opportunity to hear an enthusiastic defense of market capitalism in her college courses? Do the conservative and libertarians in her life know just how poorly she thinks of them?

What this column really reflects is the progressive left’s lack of engagement with conservative and libertarian economic thought. Interestingly, both F.A. Hayek and Milton Friedman supported a universal basic income plan, which would guarantee a baseline income to all Americans in need, regardless of the reason for their need. Even by progressive standards, such a concept is far more compassionate than anything being seriously proposed by Democrats in elected office today.

When perusing the works of the great conservative and libertarian economists, readers are hard-pressed to find the “I’ve got mine, so screw you” attitude that Chadwick suggests lays at the foundation of opposition to progressive economic proposals. But even a cursory reading of these works reveals an undeniable truth – that proponents of a free market society believe that theirs is a vision that results in prosperity for not just some, but all.

For decades, progressives have gotten away with skipping the debate on economic policy, using instead their preconceived conclusions about the market to launch unchallenged character attacks on their political opponents.

This brand of intellectual arrogance is a dead end for progressive politics and damages the very people progressives claim to care about. I can’t imagine a less productive method of debate than preemptively labeling your opponents responsible for what you believe will be the negative consequences of their proposals.

And such a strategy could have dire consequences. For if we all adopt this practice, what is left of our capacity to engage in civil discourse will cease to exist entirely.