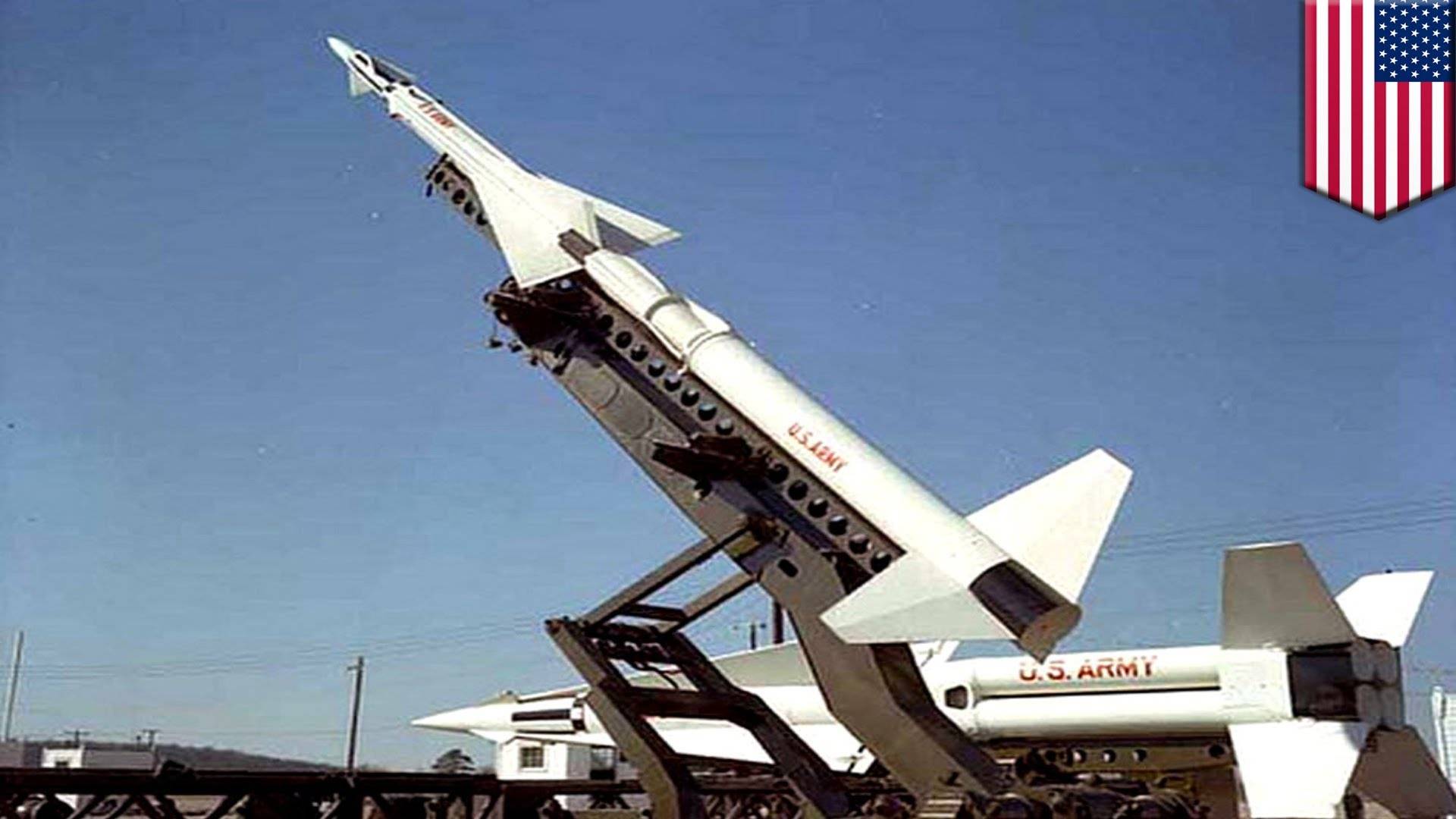 Leave it to the wire service providing national and world news to hundreds of American newspapers to leave people scratching their heads. On Thursday night, the Associated Press (AP) tweeted a confusing question about whether the U.S. military “should” take action to shoot down North Korean missiles if they’re headed towards Guam or any U.S. state. 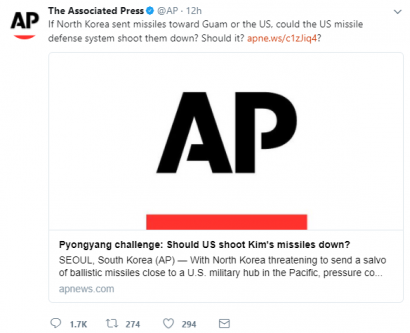 The tweet linked to a dispatch from Seoul, South Korea by Eric Talmadge, laying out the hypothetical pros and cons.

Talmadge acknowledged that the U.S. military possesses a “multibillion-dollar missile defense system” that could blast North Korea missiles “out of the air.” He also pointed out that “[i]f  U.S. territory is threatened, countermeasures are a no-brainer.” He went on with respective pros and cons section, but here’s the rest of the setup:

But if the missiles aren’t expected to hit the island — the stated goal is to have them hit waters well offshore — should it? Could it?

It’s not an easy call.

North Korea claims it is in the final stages of preparing a plan to launch four intermediate-range ballistic missiles over Japan and into waters off the tiny island of Guam, where about 7,000 U.S. troops are based and 160,000 U.S. civilians live.

Guam is a launching point for U.S. strategic bombers that the North, virtually flattened by U.S. bombs during the 1950-53 Korean War, sees as particularly threatening. U.S. bombers have flown over the Korean Peninsula several times to show American strength after Pyongyang’s missile tests.

Unlike past missile launches that landed much closer to North Korean territory, firing a barrage near Guam would be extremely provocative, almost compelling a response. Trying to intercept the missiles, however, would open up a whole new range of potential dangers.

The story itself is a more serious discussion about responding to military action by the North Koreans. However, perhaps the AP should think twice about how they use their 150 characters and avoid such an awkward tweet that provoked a backlash.