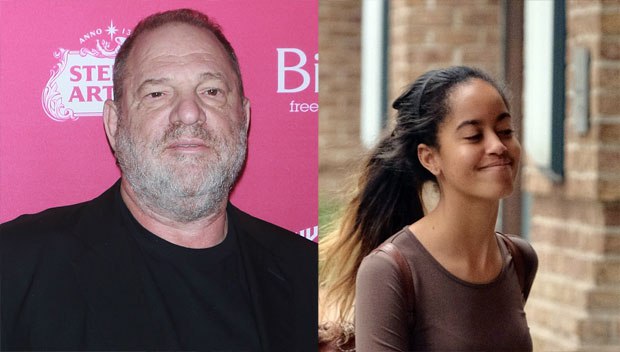 The New York attorney general, Eric T. Schneiderman, has opened an inquiry into the Weinstein Company examining whether allegations of sexual misconduct and harassment against its co-founder Harvey Weinstein reflect broad gender discrimination and other civil rights violations.

“No New Yorker should be forced to walk into a workplace ruled by sexual intimidation, harassment or fear,” Mr. Schneiderman said in a statement on Monday. “If sexual harassment or discrimination is pervasive at a company, we want to know.”

On Monday, the attorney general’s Civil Rights Bureau sent a subpoena to the company seeking a long list of documents, including personnel files; criteria for hiring, promoting and firing; formal and informal complaints of sexual harassment or other discrimination based on gender or age; and records showing how such complaints were handled, according to a person who has seen the confidential subpoena and who spoke on the condition of anonymity.

A 19-year-old Malia Obama interned at The Weinstein Company and was responsible for evaluating the quality of scripts the office received. If Malia felt the script was up to standards, it was passed on to higher-ups. This very well means Malia could have interfaced with Weinstein Co. executives, and in doing so, was she a witness or subjected to Harvey Weinstein’s behavior?

Malia Obama, 19, landed an internship at the Weinstein Company right after her dad left office earlier this year, according to The Hollywood Reporter. Working in the New York City office, she was doing more than fetching coffee—TMZ reported that Malia Obama was “ensconced in the production/development department,” tasked with “reading through scripts and deciding which ones move on to Weinstein brass.”

Her internship has come under new scrutiny in the wake of a New York Times investigation that revealed Weinstein paid off at least eight women who accused him of sexual harassment, which often included unwanted touching or promises that he would help further their careers. For example, Frank Rich, an executive producer for Veep and a New York writer, tweeted about how Weinstein’s transgressions were not a secret.

Amid the scandal, the million-dollar question the media refused to ask was tweeted by writer Frank Rich:

“Biggest mystery of @nytimes Weinstein story: How exemplary parents like Obamas let their daughter work there. The stories were out there.”

Biggest mystery of @nytimes Weinstein story: How exemplary parents like Obamas let their daughter work there. The stories were out there.