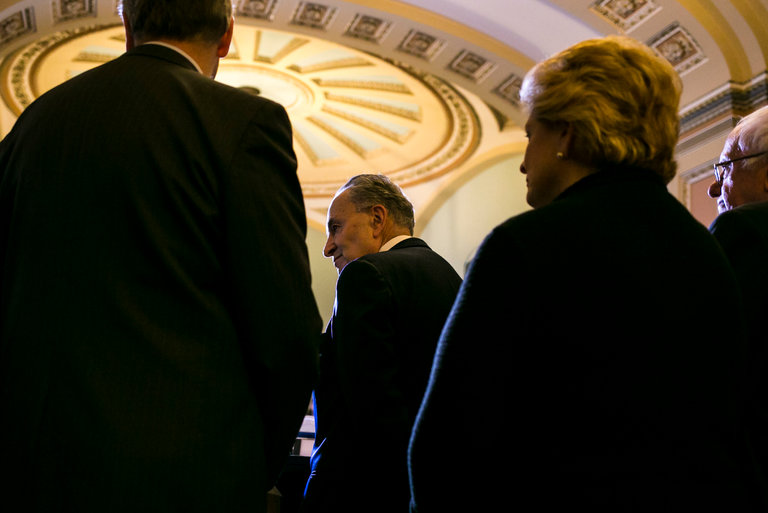 Dozens of President Trump’s nominees are waiting for their confirmations to move forward as Democrats embark on “historic obstructionism,” according to several Republican lawmakers. Yet, the GOP isn’t the only one to have noticed the maddening delays. The New York Times is now reporting on the brand new “delaying tactic” the Democrats are employing to deny Trump his nominees.

Here’s how the tedious process is unfolding.

Here is what is happening: Democrats are requiring that Republicans check all the procedural boxes on most nominees, even those they intend to eventually support. That requires the Senate majority leader, Mitch McConnell, Republican of Kentucky, to request a formal “cloture” vote to move forward.

An “intervening day” is then required to allow the cloture request to “ripen.” Next is a vote to impose cloture followed by 30 hours of “post-cloture” debate before a final vote. Democrats have refused to shorten the debate time — to “yield back,” in the parlance of the Senate — though in most cases there is little to debate.

In the end, many Democrats end up voting for the nominee, as each of them did last week on a federal appeals court judge from Idaho.
The process is being delayed to an “excruciating degree,” the Times concludes.

In some instances, top Democrats have apparently admitted that their obstructionism was political at its core. One case in point is the Democrats’ treatment of deputy defense secretary nominee Patrick Shanahan. Senate Minority Leader Chuck Schumer refused to hold a vote on him – twice- before noting that “once things change a little bit in healthcare” they can consider the nominee.

If the Democrats continue to delay, Trump’s nominees will be waiting in the wings long after he has left office.

Republicans calculate that at the current rate, it will take 11 years and four months to fill all possible Trump administration spots at an average of three and a half days spent considering each nominee.
A few of the confirmation hearings are moving slowly but surely. Two of Trump’s nominees for the Federal Communications Commission, for instance, will get their turn in the spotlight this week.