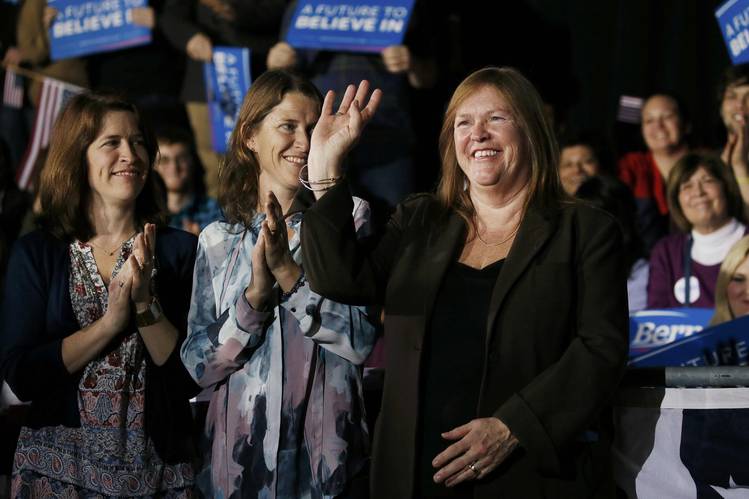 What has been reported by many but ignored by the Big Three Networks (ABC, CBS, and NBC) is that Jane Sanders, the wife of Senator Bernie Sanders, is currently under an “accelerated” investigation by the FBI for bank fraud. And on Saturday, The New York Times was openly worried about what it could do for the Senator’s chances in upcoming elections. The investigation “is threatening to take some of the luster off the senator’s populist appeal,” wrote Yamiche Alcindor, national reporter for the paper.

“A federal investigation into a long-ago land deal by Senator Bernie Sanders’s wife is threatening to take some of the luster off the senator’s populist appeal, attaching the phrase ‘bank fraud’ to the biography of a politician practically sainted on the left for his stands against ‘millionaires and billionaires,’” she began her article whining.

The NYT reporter lauded Sanders for keeping the political momentum going following his failed presidential campaign, but bemoaned how “he has been shadowed by talk of a deepening investigation into his wife’s role in a 2010 land deal for a Vermont college that ultimately contributed to her ouster as its president.” Despite her claims that the accusations against Jane Sanders stem from “long-ago” in 2010, Burlington College’s woes continued until 2016 when it finally closed its doors.

That’s a fact Alcindor put off telling her readers until after half way through the piece.

“But the facts in the case do not fit well with Mr. Sanders’s populist image,” Alcindor complained as she explained how it could be used against him:

Sanders fans and Democratic strategists agree that the investigation, no matter its outcome, could be used by operatives in both parties to undermine the senator. Rival Democrats could use the case to try to wrest the progressive mantle from Mr. Sanders, who ran for the Democratic presidential nomination yet refuses to join the Democratic Party.

Alcindor parroted the Sanders team and pushed their claims that it was a plot by President Trump and the GOP to smear him. “But Ms. Sanders [sic] is taking the investigation seriously and is worried that the Trump administration might not treat her fairly,” she said. “The Republicans, they are thinking long term here, and they are trying to do what they did with Benghazi and a bunch of other smear campaigns,” Sanders Campaign Manager Jeff Weaver told her.

She also passed along a message from key Senate Democrats to possible election challengers: leave Sanders alone. “Democrats like former Representative Steve Israel of New York, Senator Sherrod Brown of Ohio and Senator Richard Blumenthal of Connecticut warned party members against trying to capitalize on the investigation,” she noted. There was also some concern about what it could do to the party as a whole:

Robert M. Shrum, a longtime Democratic strategist who now teaches at the University of Southern California, said: “I hope it won’t become some kind of an occasion to have a fight to excommunicate or exile or supplant Sanders. The last thing you want to do is form a circular firing squad.”

When was the last time a New York Times reporter showed this type of concern for a Republican in close proximity to an FBI investigation or the GOP?