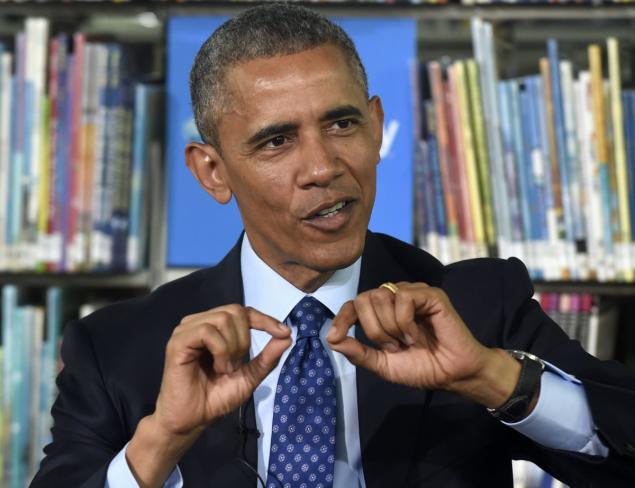 As Chicago gears up for the opening of President Barack Obama’s new presidential library, news has leaked that Obama doesn’t intend to move all his records, manuscripts and papers there. The announcement has sparked questions of just how useful a presidential library is if there isn’t anything for scholars to research.

According to the Chicago Tribune, the Obama library seems more like a playland, than a presidential archive. The facility will house, “a children’s play garden, sledding hill, green spaces for picnics and outdoor gatherings, basketball courts and even a recording studio,” the paper reported.

After months of deliberations with cities fighting each other for the honor of hosting the Obama library, in April of 2015, the Obamas chose Chicago as the destination of choice. On the losing end of that contest was the University of Hawaii and New York City’s Columbia University.

But now the winning school, the University of Chicago, is wondering if all they will really get is an overgrown community center.

Other presidential libraries hold the full archives of its subject’s papers. It is where scholars go to do the deep dive research that can help shed light on a president’s days in office and life before the White House.

But, without those archives, what use will Obama’s library be for Chicago?

Many of Obama’s classified documents are still in the hands of the federal government in Washington D.C., but the rest of his records are near the Windy City sitting in a suburban storage facility.

One problem archivists are dealing with is how they will make the records available online, but some indications seem to show that the Obamas planned it like this from the beginning.

“This is going to be completely different,” Foundation CEO David Simas said at a recent event. “What the president and first lady said … is they simply did not want a museum that served as a mausoleum, as a way to look back.”

If the records all end up accessible by computer, though, Rutherford thinks that it will all serve history better than a mere centrally located archive open to scholars.

Others agree. Lee White, President of the National Coalition for History, also told the paper that online archives are a far better idea.

“In some ways, this is easier for historians because they won’t have to travel to Chicago,” White said. “This will be a model going forward. Now not just academics will use the records: There will be high school students and teachers who want to pull Obama’s statement on immigration. Journalists who want to look.”

Still, some in Chicago may feel that Obama’s library was a bait and switch that will cost upwards to $500 million but won’t serve as a center for scholarship after all.