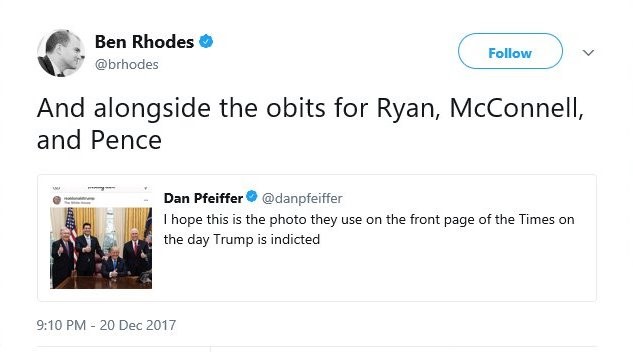 Rhodes was commenting on a photo from President Donald Trump’s Instagram account that was re-posted by fellow Obama admin alum Dan Pfeiffer of a photo showing a happy, thumbs-up gathering of Vice President Mike Pence, Speaker of the House Paul Ryan (R-WI) and Senate Majority Leader Mitch McConnell (R-KY) standing next to a seated President Trump in the Oval Office as they celebrated the passage of the Republican tax cut bill.