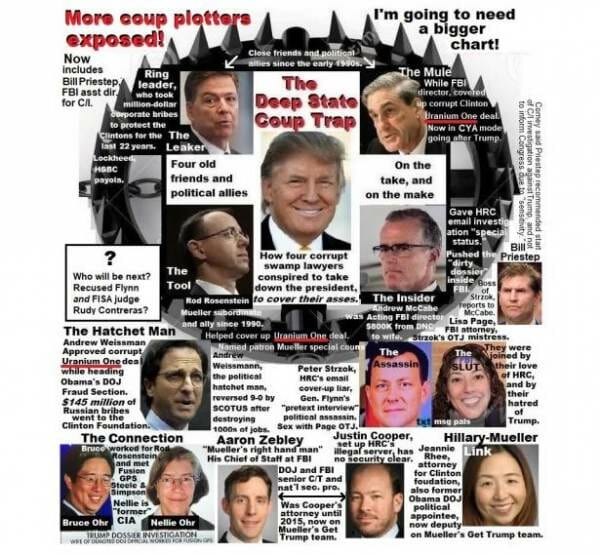 The Deep State FBI and Department of Justice (DOJ) were once considered institutions full of integrity and honor before the Obama Presidency. Now they are riddled with corruption and led by a group of deceiving, criminal and corrupt leaders who are working to overthrow the Trump administration which threatens to uncover their many corrupt and criminal actions over the past many years. Today these swamp monsters may begin to be exposed.

As published in late December, here is a list of Deep State criminals –

A number of individuals, in the FBI and DOJ, are using their power to prevent President Donald Trump from governing as he was duly elected to do and are doing all they can to overturn the election that put the […]