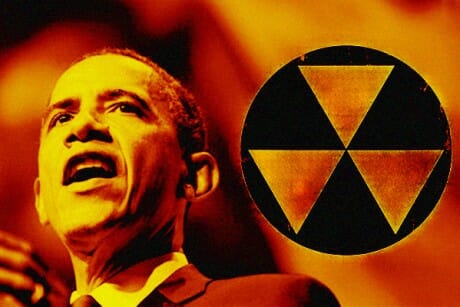 Did the Obama administration lie about key aspects of the Uranium One deal approval process? In a letter to Congress, a leading nuclear official appears to suggest so.

The current chair of the Nuclear Regulatory Commission (NRC) said that one of her Obama-appointed predecessors’ responses to Congress on a key aspect of the Uranium One deal did not capture the intricacies of the matter.

“I would note that, as your letter makes clear, the responses you have received have not fully depicted the complexity of this issue,” NRC chairwoman Kristine Svinicki said in response to  a question from Wyoming Republican Sen. John Barrasso during a Wednesday Senate hearing. […]

(First reported by Joshua Caplin and pubished by the Gateway Pundit)  http://www.thegatewaypundit.com/2017/12/top-nuclear-official-suggests-obama-admin-lied-uranium-one-deal-gop-senator-says-stone-cold-proof/  (December 13, 2017)