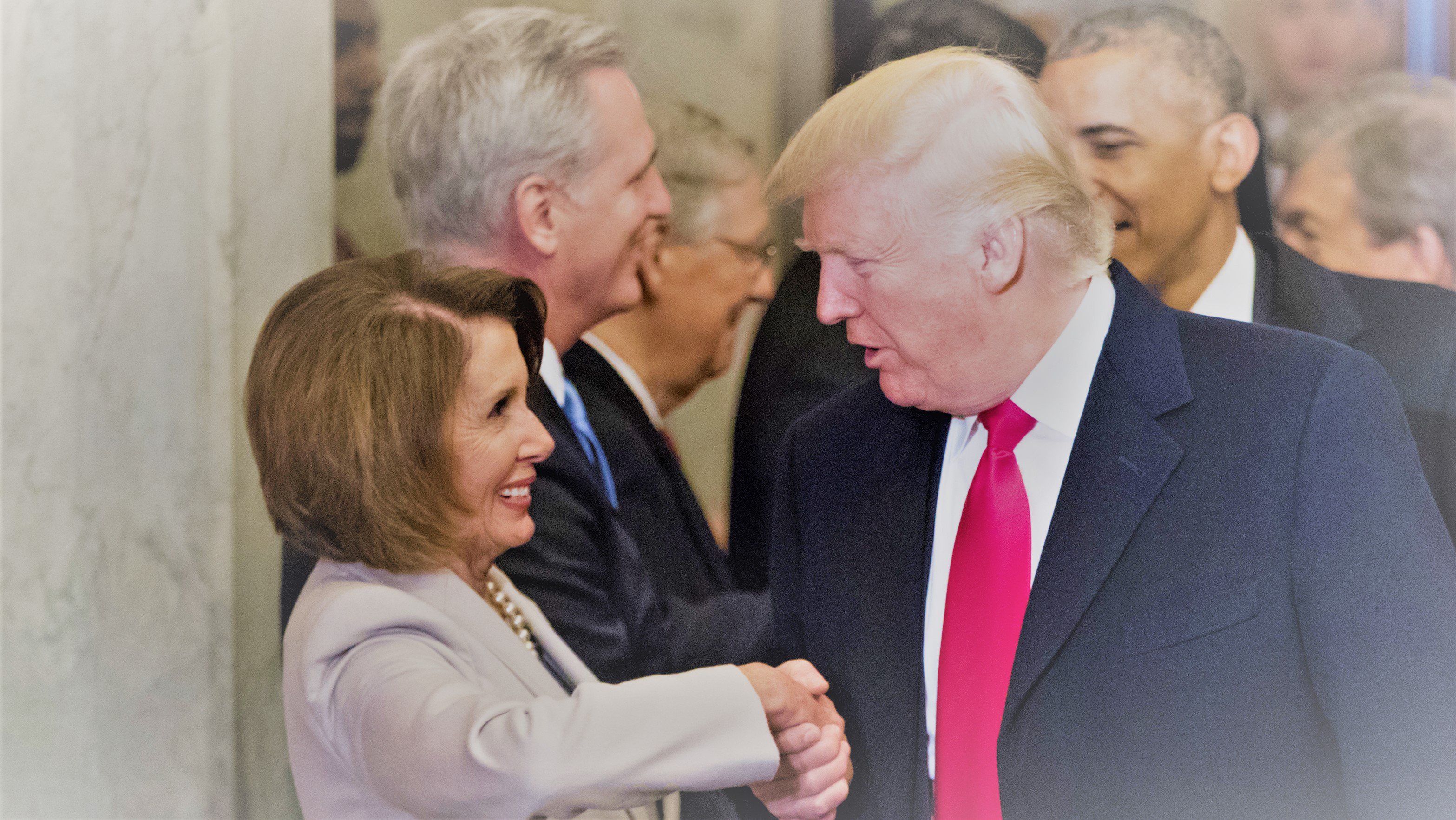 On Thursday morning, President Trump tweeted out a notice to so-called DREAMers regarding rumors that they would be deported over the next six months:

For all of those (DACA) that are concerned about your status during the 6 month period, you have nothing to worry about – No action!

What prompted this tweet? Apparently, House Minority Leader Nancy Pelosi (D-CA) asked him to do so, as reported by multiple sources.

This means that over the last 24 hours, Trump has caved to Pelosi and Senate Minority Leader Chuck Schumer (D-NY) on raising the debt ceiling, praised Democratic Senator Heidi Heitkamp in North Dakota, openly called for legally enshrining President Obama’s executive amnesty, and is now taking tweet suggestions from Pelosi herself.

None of this seems to matter much to Trump’s most ardent fans. That’s because their chief opponents aren’t Pelosi and Schumer but Speaker of the House Paul Ryan (R-WI) and Senate Majority Leader Mitch McConnell (R-KY), both of whom have been deemed “cucks” for routinely caving to Democrats. But when Trump does it, that’s better, because that’s showing those cucks who’s boss. Or something. If Ryan and McConnell had told Trump to take a hike here – after all, they are the majority in Congress – Trump’s fans would have called them cucks for not siding with Pelosi and Schumer.

Now that it’s clear Trump has no qualms about standing with Pelosi and Schumer, that means Congressional Republicans had better take the lead on legislation or risk Trump going right around them to promote leftist agenda items, then slapping them as obstructionists. Sadly, that’s not likely to happen — it’s more likely that Trump could provide Congressional Republicans cover for governing like Democrats (see, e.g., McConnell’s willingness to go along with Trump’s debt ceiling deal). Which means conservatives aren’t wrong to worry about Barack Obama’s third term, as administered by Donald Trump.