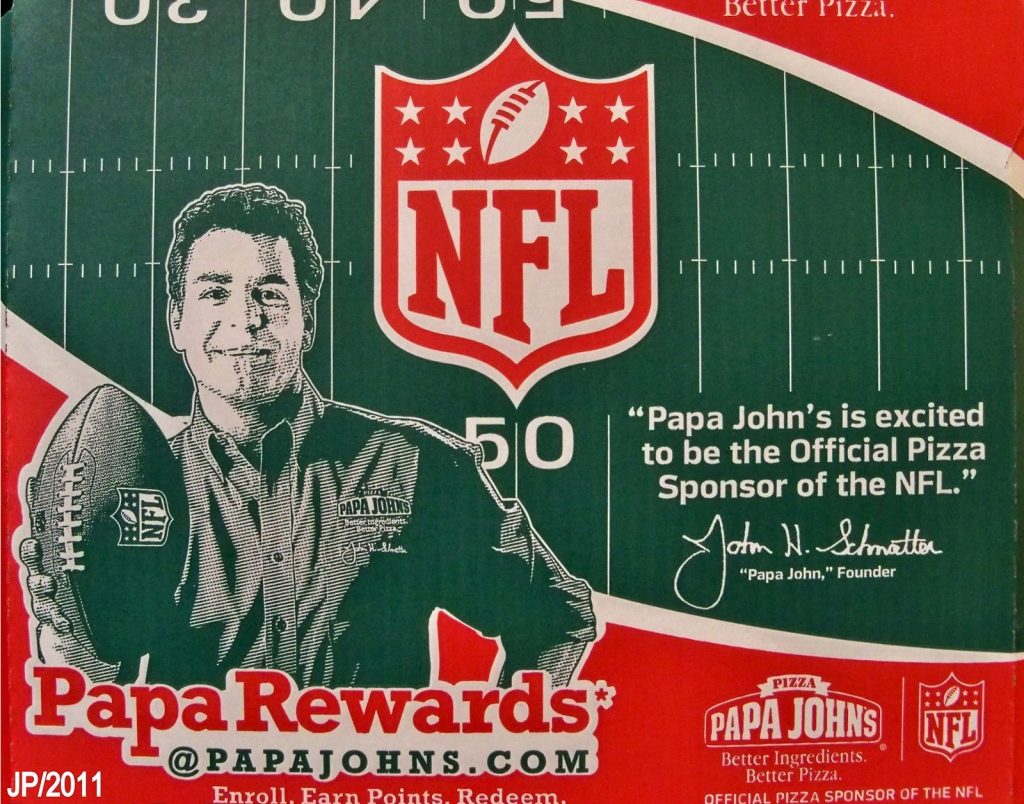 The NFL and Papa John’s, have probably enjoyed the closest business relationship of any sponsor and sports league in recent history. However, the NFL’s handling of the recent spate of anthem protests, might sever that tie for good.
According to the Wall Street Journal, considering their recent drops in pizza sales during NFL games,  Papa John’s is deciding whether to continue their partnership with the NFL.

“We have to evaluate our reliance on partnerships that are TV-focused, like the NFL,” Papa John’s Chief Marketing Officer Brandon Rhoten told the Wall Street Journal.

Papa John’s President and Chief Operating Officer Steve Ritchie backed Rhoten, “If the viewership decline continues, we will need to shift into things that work more effectively for us. We are anxiously awaiting a solution [to the anthem issue] to be created. That’s what will put the league in a positive place for the players, the fan base and the partners associated with them.”

Papa John’s CEO John Schnatter accused the NFL of “poor leadership,” regarding their handling of the anthem protests. Schnatter went on to say that he felt the protests should have been “nipped in the bud,” soon after they began.

Many in the sports media have speculated that Papa John’s began publicly criticizing at the request of Cowboys Owner Jerry Jones. In recent weeks Jones has spoken out against the anthem protests. Jones has also expressed anger over the league’s determination to suspend one of his star players, Ezekiel Elliott.

On Friday, during a radio interview in Dallas, Cowboys Owner Jerry Jones was asked about his relationship with Schnatter. Jones responded by heaping praise on Schnatter, and calling him one of “the great Americans.”