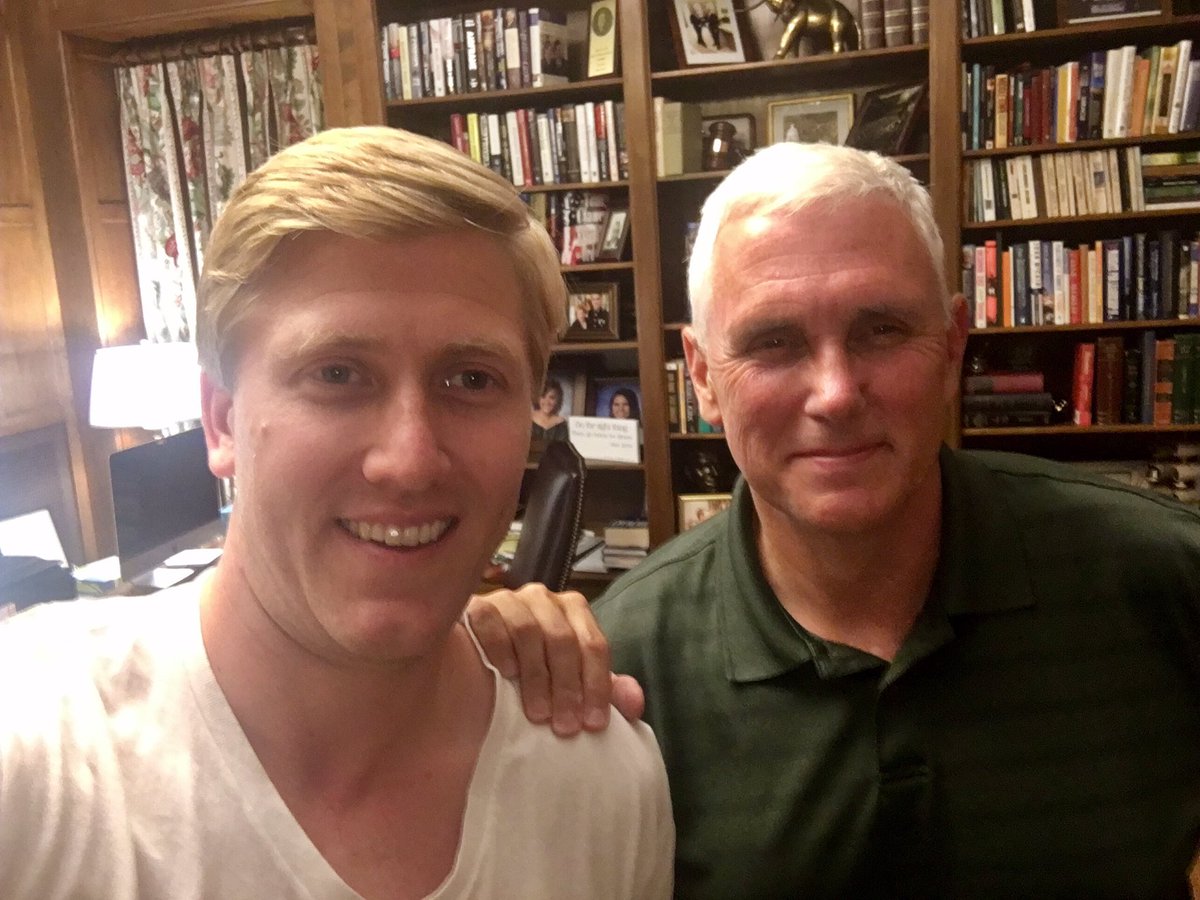 Thirty-four-year-old Nick Ayers has been a behind-the-scenes player in Vice President Mike Pence’s political circle, and now he’s about to take center stage as his chief of staff

For many Republicans in Donald Trump’s Washington, Vice President Mike Pence has been the ax behind the glass you’re supposed to break in case of emergency: solid, sharp, and there to save you when the place is going up in flames.

Now, as the Trump White House has become engulfed in one media firestorm after another, Pence is bringing in a new chief of staff, a veteran political operative who Pence loyalists expect will help him manage one of the thinnest, highest tightropes in Washington—balancing the vice president’s need to be loyal to a president who requires it, while keeping his own brand and capital strong enough to stand on its own.

The man on the way to fill that role is Nick Ayers, a 34-year-old political consultant who has helped more than a dozen top Republicans in around the country launch, rescue, or cement their political careers, including Mike Pence.

If Ayers’ name is new to casual observers, it isn’t all new to anyone working in Washington. In 2007, Ayers burst onto the scene as the 24-year-old executive director of the Republican Governors Association. But his political break came even earlier, when Ayers, then 19, hit it off with a longshot candidate for Georgia governor named Sonny Perdue. Perdue hired Ayers as his driver, and then won the governor’s mansion a year later. Four years later, Ayers ran Perdue’s successful reelection in 2006 and then went with Perdue to the RGA, when the Georgia governor helmed the committee tasked with electing Republicans to governors’ mansions.

During Ayers four years at the RGA, success and attention followed. The Washington Post called him “Washington’s  youngest important operative.” Some of his fellow young conservatives, like Matt Lewis, called him “the most hated campaign operative in America,” complaining that young Ayers’ track record didn’t warrant the hype.

But after two full cycles with Ayers running daily operations at the RGA, Republicans went from holding 25 governors mansions in 2007 to 32 in 2011. Among the pick-ups were Scott Walker in Wisconsin, John Kasich in Ohio, Rick Scott in Florida, and Rick Snyder in Michigan. It was also the period when Nikki Haley won her first term in South Carolina and Chris Christie pulled off an upset in New Jersey.

“It’s  hard to overstate how dramatic it was that he was in this position at that age,” said Nathan Daschle, a Democratic lobbyist who was the executive director of the Democratic Governors Association when Ayers ran the RGA, when the two became rivals and friends.

“In Nick, Mike Pence will get a very savvy and aggressive political mind,” Daschle said. “He’ll also get intense loyalty.  He won’t have to worry about Nick and that he’s got 100 percent loyalty out of his top person.”

With the successful run at the RGA under his belt, Ayers left Washington and became a campaign consultant and media buyer. His highest-profile race was also his biggest bomb—Tim Pawlenty’s spectacular presidential flameout, which ended abruptly five months after it began. Although Pawlenty initially said he dropped out because he lost the 2011 Iowa straw poll to then-Rep. Michele Bachmann (and even Rep. Rand Paul), the Pawlenty campaign was essentially broke—with $450,000 in debt still on the books two months after he dropped out.

A series of lower-profile Senate and governor’s races put Ayers on a winning streak—running outside PACs or advising campaign operations for Sens. Ted Cruz in Texas, David Perdue in Georgia, Tom Cotton in Arkansas, Gov. Bruce Rauner in Illinois, Gov. Eric Greitens in Missouri, and, importantly, the 2016 reelection effort for Gov. Mike Pence in Indiana.

Pence had met Ayers while he was at the RGA and signed him up for his 2016 bid, but Ayers started early after a 2015 religious-freedom bill in Indiana both ignited controversy in the state and took Pence from a 62 percent approval rating to a number in the mid-40s.

“When Gov. Pence was looking for outside consulting help, his team talked extensively with Nick,” said Bob Grand, a longtime Pence adviser and Indianapolis lawyer. “All of us were very impressed, at a young age he has great insight. And I think the governor, now vice president, was very comfortable with his style and his advice.”

Ayers was already working for Pence when the call came to assess the governor’s interest in joining Donald Trump as his running mate.

“Nick was intimately involved in that process,” said Grand. “A lot of things changed for all of us in a fairly quick period of time and Nick ended up very quickly in a very good role for the vice president.”

That role, initially, was as an outside adviser and sounding board for Pence and a board member of the super PAC supporting the Trump administration’s agenda, including an attack ad against GOP Sen. Dean Heller over his refusal to negotiate to support the GOP health-care bill.

“He came back to the table,” a Republican operative observed of the ad, which GOP senators groused about.

Ayers also recently helped Pence launch his own leadership PAC and has been helping Pence host dinners for major donors at the vice president’s residence.

And although he seriously considered a run for governor of Georgia himself, according to The Atlanta-Journal-Constitution, Ayers’ role with Pence continued to grow as the scrutiny on all members of the Trump administration ratcheted up.

While Pence has remained mostly on the sidelines of the Russia investigation, he has twice insisted in media interviews that no Trump associates ever met with Russians during the 2016 campaign for president.

“All the contact by the Trump campaign and associates were with the American people,” Pence wrongly told Fox News’ Chris Wallace. Pence was also at the center of dismissal of former National Security Adviser Michael Flynn, after Pence defended Flynn publicly as having no Russian ties, only to learn weeks later that that, too, was false.

Paul Bennecke, the executive director of the RGA, said having Ayers on the inside of his vice-presidential operation should help both Pence and Trump by having someone on point to execute on their agenda.

Former Mississippi Gov. Haley Barbour, who was the RGA chairman during much of Ayer’s time there, said Ayers will also be an important point of contact inside Pence’s operation for the governors and senators he’s worked with before.

“Obviously a lot of people will find Nick to be someone they’re comfortable going to share their views.”

Going forward, veterans of past White Houses that were similarly under the microscope said Pence’s toughest, and most important, job might just be staying focused on his actual job and staying out of the West Wing intrigue as much as possible. And that’s where the chief of staff comes in.

David Thomas, an aide to then-Vice President Al Gore at the height of the impeachment of President Bill Clinton, said Gore’s chief of staff directed the staff daily to “do your job” and say and do nothing related to the impeachment.

“It’s hard enough to work for a White House in crisis,” Thomas said. “But if the White House also has internal battles, you won’t get through it.” Thomas also said the best play for Pence and his team at this point is to keep their heads down and themselves out of the spotlight.

Ayers, who will start officially at the end of the month, declined to be interviewed for this article.