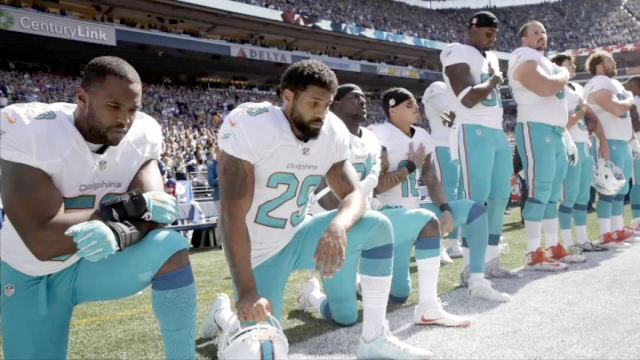 Police officers in the Miami area showed their disdain for the protests some Miami Dolphins players engaged in by refusing to provide security for their game Sunday against the New York Jets.

How many police refused to show up?

According to the Miami Herald, one third fewer of the normally scheduled police officers volunteered for the security detail at the Hard Rock Stadium.

Usually 400 off-duty officers show up to help keep order at the games, but only 175 had volunteered as of Thursday before the game, and more would have to be forced into working. Only 270 would be expected at the game.

But they also claimed that the fewer police would not compromise the safety of the fans.

“Any shortfall in volunteer officers does not necessarily indicate that the game will result in less safety,” Miami police said. “We are weighing alternate options with our law enforcement and security partners to accomplish the desired outcome.”

Why did police do this?

The protests began with former NFL quarterback Colin Kaepernick, who specifically spoke out against what he believed was racial inequity in law enforcement in the United States.