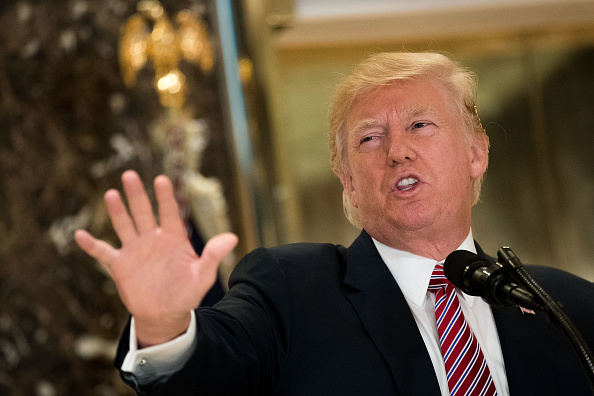 UPDATE: The poll, which had been temporarily removed by CBS News, has been restored. There was no explanation.

We all know how the media feels about President Trump’s response to the tragedy in Charlottesville, VA, but now we have the pulse of the American people. In one of the first polls taken since all three of the president’s responses, we find that 34 percent approve of his response, while 55 percent disapprove. CBS News conducted the survey from Aug. 14-16. (For some reason, CBS temporarily took down their poll. Instead, they’ve posted the same survey, but with North Korea as the theme.)

Those numbers are not great, but we also discover that most Republicans agree with Trump’s rhetoric. This is significant because while Republican leaders like Paul Ryan, Kevin McCarthy and Marco Rubio felt the need to correct the president’s “morally ambiguous” comments this week, it appears they don’t speak for the majority of GOP voters. Asked if Trump’s description of who’s to blame for the Charlottesville carnage is accurate, 68 percent of Republicans said, “Yes, accurate.”

Voters, CBS explains, were encouraged by Trump’s clarifications from the White House Monday, where he more directly condemned the white supremacists who organized the rally. Yet, he backtracked at his press conference from Trump Tower Tuesday, where he again blamed “both sides.” That is, both the alt-right and the alt-left. The media and some lawmakers took that to mean that the president was equating neo-Nazis with the counter protesters.

Trump profusely pushed back at such an analysis.

The CBS survey did at least find consensus from both parties that last weekend’s attack was an act of domestic terrorism.

The parents of the young woman who was killed last weekend, Heather Heyer, gave emotional, yet poignant speeches Wednesday at her memorial service.

“They tried to kill my child to shut her up,” Heyer’s mother Susan Bro said. “Well, guess what? You just magnified her.”