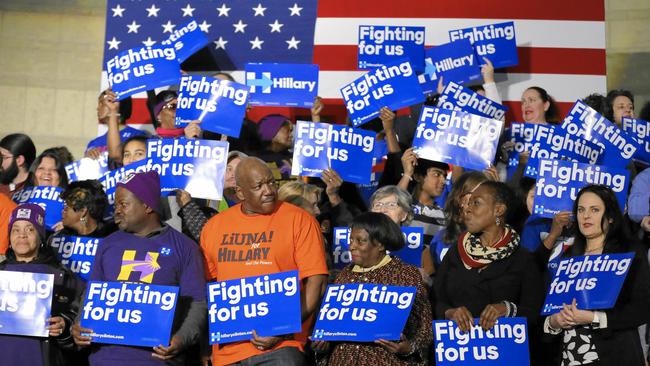 According to a new national Politico/Morning Consult survey, 2016 election buyers’ remorse is more prevalent among Hillary Clinton’s voters than those who cast ballots for President Trump.  “Among Clinton voters, 13 percent say they would either vote for a different candidate or not vote at all,” the survey finds, while that number among Trump backers is four points lower.  In other words…

The more she talks, the less popular she becomes.  It’s not necessarily all that surprising that there would be more agita and recriminations on the losing side of a major campaign, but we’ve been told endlessly that Trump is so uniquely terrible that it would stand to reason that feelings of horror and regret would be fairly prevalent among casual voters.  Nope.  And given the national climate, one might imagine legions of Americans taking greater pride than ever in their original act of “resistance.”  Not so in many cases, it seems.  None of this will sit well with the failed candidate, who has written a tendentious, blame-filled account of the race in What Happened.  In a passage that perfectly encapsulates her sneering entitlement and undying arrogance, Clinton writes that she’s unwilling to grant “absolution” — her word! — to those who might regret their choices (content warning in the tweet):

Allahpundit writes what we’re all thinking: “A non-sociopath approached by apologetic supporters after a tough loss would think ‘How sweet of them to extend their well wishes’ or ‘I should have done more to get these people excited to turn out’ or ‘Did I really not visit Wisconsin once?’ But her we are.” Imagine how Her Highness would react if she encountered one of the scores of people who actually did vote for her, and now wish they hadn’t.  It might not even compute.  This simmering bitterness and contempt seems directed especially at women who declined to follow the course of action Hillary set forth for them.  She makes this fairly clear in her assessment of the voting patters of white females, a majority of whom went for Trump:

Hillary Clinton says white women voted against her because they felt pressure from men: https://t.co/ar2izBA434 pic.twitter.com/s01dhtW9UW

They couldn’t possibly have reviewed their options and come to their own free-thinking conclusion that they weren’t interested in this candidate, you see.  It must have been “pressure” from the boys, or whatever.  Mark Hemingway snarks, “does the fact that I think women are capable of making decisions independently make me a bigger feminist than Hillary Clinton?”  But according to the fawning, Hillary-endorsed propaganda site “Verrit,” don’t you dare call her a flawed candidate.  This is real — er, I mean, “verritfied” — folks:

This paragraph is amazing pic.twitter.com/0Bs8Usxh1J

After a brief flirtation with the idea, Hillary has now clarified that she’s not going to contest the election results (on what basis?), but here’s to hoping she changes her mind in the months leading up to next year’s midterm elections.  America is counting on you, Hill.