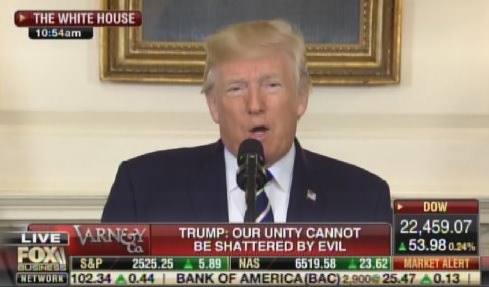 America has a new leader.
Today it was more obvious than ever that we have a righteous Christian leader in America.

President Trump: God lives in the heart of those who grieve… We pray for the entire country to find unity and peace.

Trump prays with America after the shooting.

Pres. Trump delivers remarks on deadly Las Vegas shooting that left at least 50 dead: "It was an act of pure evil." pic.twitter.com/mAVV2pLEBD